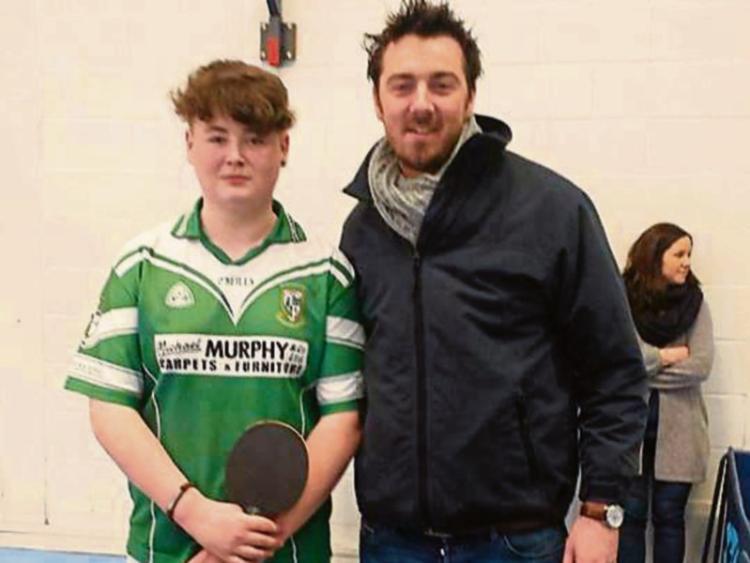 Congratulations to Harry Elmes who made his debut at Table Tennis Ireland’s Leinster Ranking and came out a winner recently!

Harry, pictured here with his coach Conor Fahy, competed in the U15 Boys category, and after the first round robin, progressed to the Plate division where he consistently beat his opponents, making it into the quarter finals and then the semis.

Since this was the third ranking event of the season, Harry was a newcomer on the scene and players didn’t know what to expect.

The final was best out of 5, and his opponent wasn’t going down easy. With a score of 2 games all, it was point for point until he secured the necessary two point lead of 13-11 to win.

Harry plays in the Newbridge Table Tennis club on Thursday nights in St Patrick’s N.S., and is coached by Conor Fahy, an international and interprovincial table tennis coach.

New players are always welcome to the club in Newbridge, just call in any Thursday night if interested.