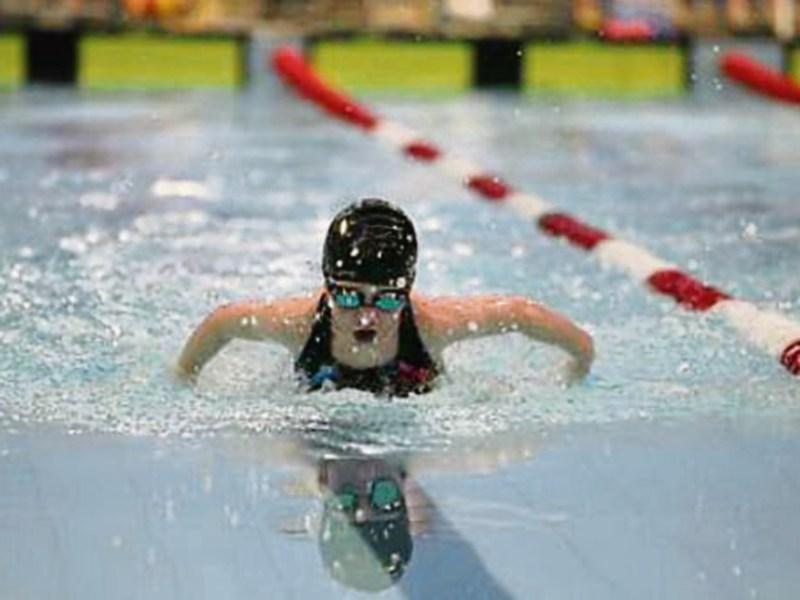 Aoife Doran, from Broadford in north west Kildare, is just 9 years of age but already is making a major impact in the swimming world.

She began swimming at the tender age of just 2, having a swimming teacher in her mum was a great bonus and by the age of 5 she was swimming full lengths of the pool.

A year later she joined Mullingar swimming club and in September 2014 was competing in various galas.

Aoife represented Cadamstown, where she attends, in the Irish Schools Championship in January 2015 and came through her heats without much bother, moving on to the Leinsters.

Here show showed her undoubted talent winning the 50 backcrawl and coming second in the frontcraw, which qualified her for the All Irelands where she came fourth in both events, losing out on third spot by .03 in both events.

Aoife was also competing in various galas and was very successful in her age group, at one gala in Cormarant (Dublin) she won all eight races that she entered.

Aoife's brothers who were also heavily involved in the sport were members of the Aer Lingus Club, regarded as one of the best around, she followed her brothers footsteps and moved there.

She quickly made her mark in Aer Lingus taking of ten and 12 seconds in 100 Backstroke and froncrawl and also got a Division 2 All Ireland time in her 100 Backstroke in the 10 and under a group while still just 9 years old and she currently stands in the top three swimmers at her age group in the country.

Only recently (January 9) while competing for her school in the Leinster Championship 50m frontcrawl she became the U9 Leinster champion (and new record holder) at that event. She later competed in the 50m breaststroke, again winning and shattering the 12-year-old record by 2.5 seconds.

Aoife's coach is Johnny Lambert who has seen tremendous improvement in the rising swimming star since joining Aer Lingus.