Punchestown: World War I failed to put a stop to racing festival in 1916 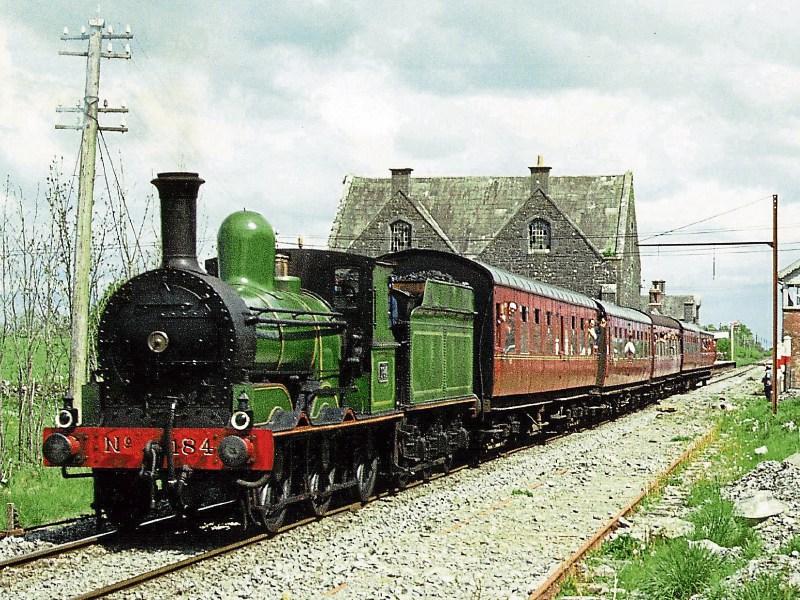 Certainly, the run up to the Punchestown races event in 1916 was a little more subdued than the excitement experienced by some in previous years.

There was an obvious reasons.

Britain, which still ruled Ireland, had an army base at the Curragh.

Elsewhere its army, fairly well bolstered by Irish men, was embroiled in World War 1, which had been described as “the war to end all wars.”

It was not, of course, the end to war, Just twenty years later another international war began, World War 11.

By 1916, the “Great War,” as it was perversely called, had taken a huge number of lives, from all classes, lower, middle and probably to a lesser extend the very rich.

This war must surely have affected the mood as Punchestown approached.

Only weeks after the meeting the 1916 Rising began.

At the time also, horses had a much bigger role to play in military affairs than they do today.

That was to change soon afterwards with the arrival of the motor car, still in infancy.

But business went on as usual as the April 11 and April 12 dates approached for the Punchestown bash.

On March 25 1916, the Irish Times carried an advertisement for insurance to cover the death of horses from accident or diseases at Punchestown and Fairyhouse. One had to contact Coyle & Co at 7 Anglesea Street or some agents in Kildare.

There were more ominous adverts. On April 5, Sewell’s of Dublin announced it would hold its annual Punchestown Auction on April 13, the day after the races. That same day, Switzer's of Grafton Street, in a Punchestown exclusive, announced it was was showing some millinery for the event.

Grafton Street (No 102 and 103) was where the major cups for the event, the National Hunt Cup, the Kildare Hunt Cup, the Ticknell Challenge and the Bishopscourt Cup were on view.

On April 8, The Irish Times carried an advert from the Punchestown organisers advertised in which it announced “revised” charges for admission to the stand.A double day ticket would cost £1.0s.0d and a single day ticket, 15 shillings.

On April 9, it was announced that char-a-bancs (a horse drawn carriage or possibly a motor vehicle) would transport people from Thompson’s Garage in Brunswick Street at a cost of £0.15s.0d return.

The newspaper also reported that Great Southern and Western Railways are running special trains from Kingsbridge each morning. The cost of a first class fare return fare had been reduced to 7 shillings and 6 pence.

A financial calculator might make 15 shillings the equivalent of almost £69 sterling today.

To put it in context, just a few years earlier, on the eve of the 1913 Lockout, the ITGWU union wanted the top rate of a first class motorman on the Dublin trams to be raised from 31 shillings a week to 33 shillings a week. The vast majority of unskilled workers earned between 15 shillings and 25 shillings a week with 18 shillings appearing to be the norm (according to Lockout Dublin 1913 by Padraig Yeates).

As to driving, on April 10, the clerk of the course, a Mr Waters advertised traffic directions, Hackney cars and cabs should vere to the left on entering the Paddock Gate enclosure. Private vehicles and hackney carriages holding Kildare Hunt Carriage enclosure tickets should got to the right gate at the back of the Kildare Hunt Stand.

On the morning of the first day, April 11, the newspaper said that although “this year’s celebration will be to a great extent devoid of the animation we were wont to associate with Punchestown before the war, the racing will show but little falling away of the high standard we are accustomed to find at the premier steeplechase gathering.”

Writing after the event, The Irish Times Saturday, April 15 editions said: “Punchestown, owing to the war, was not itself on Tuesday ... .there was the gaiety and the bustle ... but the genuine spirit of Punchestown was lacking ... this could easily be seen by a glance at the Club enclosure, and by the absence of house parties usually associated with the meeting, while the fact that military officers have now something more serious to do than dispensing their usual hospitality at Punchestown also brought about a noticeable change.”

But it also said that despite the subdued atmosphere, one of the most agreeable features was the presence of several officers who had been in the firing line for months.

The paper also was happy to see a collection in aid of the Disabled Soldiers Bureau.

Weather wise the event was not as good as in previous years and spring was late.

There were a few showers but nothing too serious.