Punchestown: To Cheltenham and back for Rathangan owner 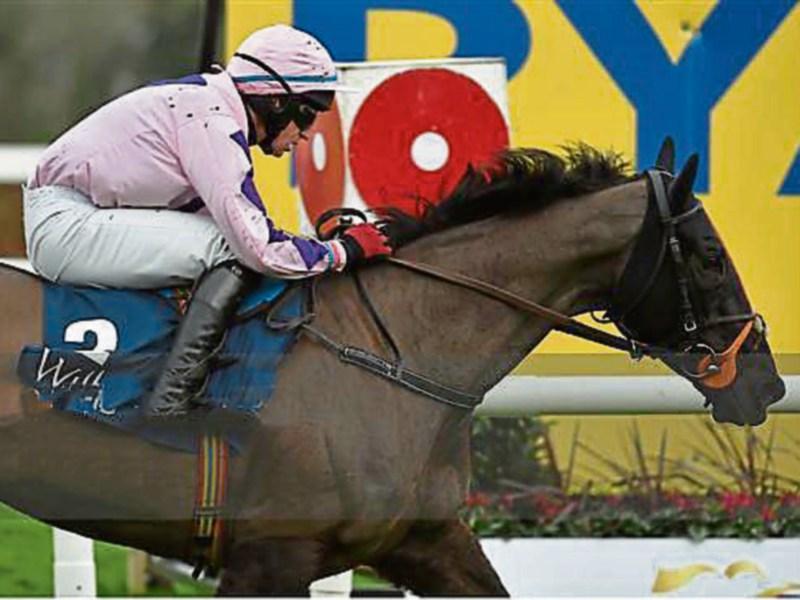 Keppols Queen in action at Leopardstown with Mark Bolger on board

“It's amazing. There's a great buzz. It's great for all the family. She has been brilliant,” declared Mona O'Loughlin, owner of Punchestown-bound Keppols Queen.

The nine year-old mare has brought great excitement to the townland of Kilmoney, Rathangan and even made the trip across the water to Cheltenham where she finished sixth behind Vroom Vroom Mag in a very tough field at the Mare's Hurdle.

“It was fantastic to have a horse at Cheltenham. To be honest, I don't think it has really sunk in yet. She ran very well but probably left herself too much to do towards the end,” she added.

“My late husband John bought her mother, Keppols Princess as a yearling but she never raced due to injury. He bred a few colts from her. Some of them actually turned up in England at a few races - one was Keppols Hill trained by Paul Nicholls. That made my mind up to put Keppols Queen in training. She was by Indian River.”

Mona recalled how she was broken in at four years old.

“It just happened that the chap that broke her in lived just beside Jessica Harrington's training yard and he recommended her so we brought her to Jessica. We have no regrets at all. She is a great horse woman, very well respected and a great ambassador for racing. She is very successful and all her staff have been so courteous to us,” she said.

Keppols first outing was in Limerick in 2014 where she finished second.

“We had no idea how she would go. She was very raw. She was only beaten by half a length in her first race.”

Her career so far has seen her earn three wins and five places in fourteen runs. Mona describes the mare's personality as laid back, but “she knows her own mind too.”

There is no shortage of good horses coming out of the Rathangan stronghold. Mona's daughter Ciara took over the running of Kilmoney Cottage Stud after her father passed away. Two of the Cheltenham 2016 winners, Minella Rocco and Altior had been originally sold by the stud.

Every time Keppols steps out on the track, she is cheered on by a large O'Loughlin entourage. Closer to home on this occasion, she is out in the Mare's Hurdle in Punchestown on Saturday April 30. “It's a great venue and a great occasion for all the family. She is in very good company, all the good horses will be there, but if she gets a clear run, it's a little short, she prefers 2 miles 4f to 2 miles 2f but she should do well if things go her way.”