Punchestown: It is possible to enjoy a day or two at the races... without having a bet 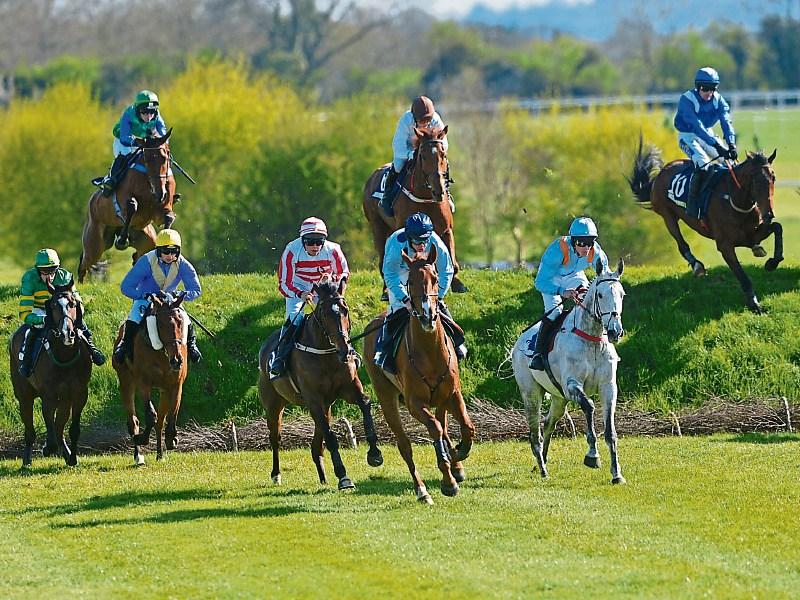 Baseball, it seems, is big in northern Mexico. A major bookmaker on the main thoroughfare in Naas was offering odds of 8/13 against the Toros de Tijuana winning a recent game. Their opponents, Broncos de Reynosa, were quoted at 6/5.

In the fresher climes of Switzerland, the sport of Floorball (me neither) has more devotees.

The same bookmaker fancied it would be close encounter between UHC Alligator Malans and Koniz in the game’s national league.

Paddy Power will take you to places you’ve never been and maybe one or two you’d care not to visit.

There was a time when gambling was confined to horseracing before it spread its wings embracing team sports.

Now you can gamble on just about anything.

Not just the result, but the final score, the half time score, who scored, who might get sent off the number of penalties and who will score, first, last or at all, atall.

You can try to predict the winning or losing margin or if either team will win or lose within any margin you choose.

It is a huge industry, it’s worldwide and its growing; taking in young people as soon as they're old enough to bet or sometimes, before that.

The Punchestown Racing Festival is obviously a big betting event, but it’s much more than that.

It’s possible to enjoy a day or more there between Tuesday April 26 and Saturday April 30 without having a bet or the desire to have one.

It’s a popular social occasion which will attract about 100,000 people, many from the Naas area but many others from outside the county and from the UK. Very many of them won’t know the difference between a hunter and a sprinter and that in itself is refreshing.

And that’s the difference between going to a betting
office and a race meeting in Punche-stown.

Punches-town is impor-tant to the local economy as well because of the money that will be spent, principally in Naas.

Horseracing gave us gambling and gambling has taken on a life of its own; growing as a snowball might down a steep and long snow covered slope.

The amount of money spent by punters on horseracing is dwarfed by what’s spent on soccer.

The amount of time you can idle away in a bookmakers is growing all the time. They now open when the schools open and stay open for twelve hours most days. Not even the Sabbath is off bounds for business.

There’s always something to gamble on. If the horseracing has ended in Ireland or the UK and it’s too late for soccer there is always virtual racing or the greyhounds or horseracing from some venues you’ve never heard of in the United States or South America.

It’s true that the shops provide some employment but given the problems gambling can create it’s small consolation.

Anyway, most of the major bookmakers would much rather have their customers using accounts and gambling on line rather than visiting the shops at all. Then they can take your money on a full 24 hour a day basis at much less cost. In the meantime though they’ve made the shops more comfortable with chairs, tables and machines dispensing substandard coffee.

Between Boylesports and Paddy Power in Naas town there are nearly 100 television screens.

The shops have a certain appeal for too many people.

But do take a visit to Punchestown on any of the 18 days a year when racing takes place.

Set among what a former Leinster Leader colleague referred to as “the rolling hills of East Kildare”, the historic venue offers more than a breath of fresh air.