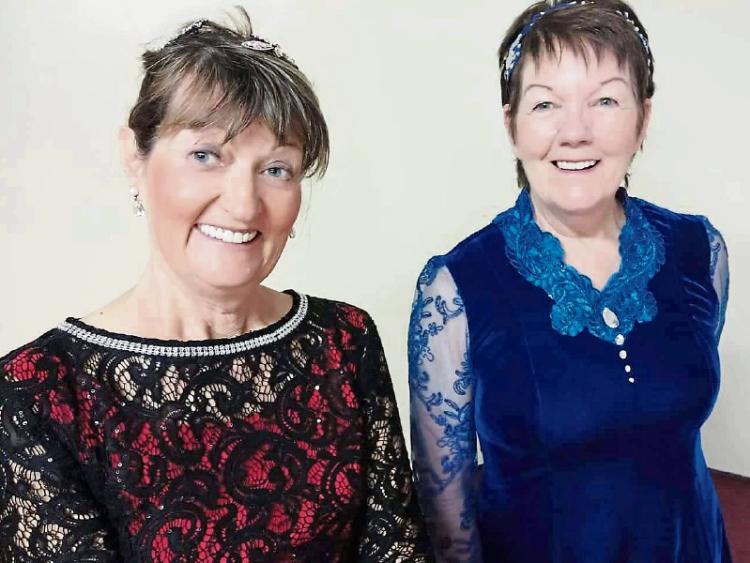 They are dancing their way into the world history books with The Emerald Lakes Academy of Irish Dance run by Rathangan native Kevin Lyster, which has classes in Rathangan and in Rochfortbridge in Co. Westmeath.

When Covid-19 struck Ireland in March, this Athy duo did not take it lying down. It wasn't long before The Emerald Lakes Academy and its students took to online Zoom classes, celebrity Riverdance and Lord Of the Dance online chats and competitions where Martina and Theresa found themselves taking on the world in Irish dance — virtually — live via Zoom, Band and also Pre Recorded Entry.

Before long Martina and Theresa both 63 years old, found themselves on a world Irish dance tour live from Athy!

The duo competed at the WIDA Hong Kong Open, both scooping Open Championship Titles in their respective age groups against Irish dancers from across the world including Australia, USA, Canada, Germany, Spain, Netherlands, Ireland, Ukraine, Belarus, Russia, UK and Ukraine.

This follows on from a massive streak of success and proven track record over the past number of years from both Martina and Theresa which has been acknowledged by Kildare County Council and the Government, proving age is not an obstacle when it comes to physical activity and Irish dance.

Being Age Active is hugely important to Emerald Lakes and the diverse age groups it caters for with WIDA World Irish Dance Association.

But Martina and Theresa did not stop at Hong Kong, They took on Australia, USA, Scotland in recent times scooping coveted wins, championships and much fame and popularity from across the globe.

Emerald Lakes and its teaching team along with founder Kevin Lyster is extremely proud of their members and have declared ladies as ambassadors not only for Irish dance but for having the determination not to allow the current pandemic take their true passion away.

It must be mentioned that Kilcullen resident, Karen Coughlan originally from Bray in Co Wicklow competed for Emerald Lakes at the Darwin Feis in Australia virtually last week, scooping the top title 1st Place in her Premiership which was her first competition in 20 years.

Karen's recent return to dancing is a true reflection of these inspiring ladies and Kevin Lyster's Emerald Lakes.

Karen is inspiring others now along with both Theresa and Martina!