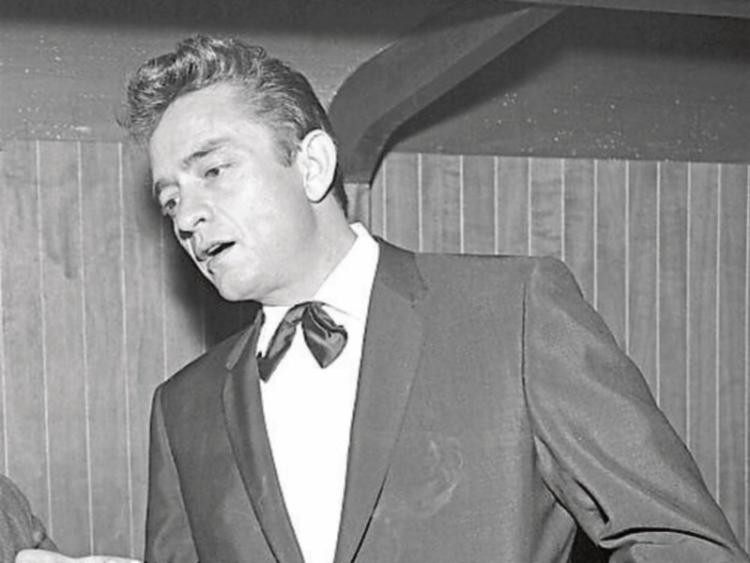 Johnny Cash at the press launch for the Tour at the Crystal Ballroom in Dublin on October 9, 1963

Were you at the Dreamland Ballroom in Athy when Johnny Cash played there in 1963? Or did you - or an older family member or friend - meet or dance to the Man In Black at any other stage during his nationwide tour of Ireland that year?

RTÉ is seeking home-movie footage of the legendary American country singer during his trip to Ireland, and fans of the star, to feature in a brand new TV documentary.

At 31 years of age, Johnny Cash had sold 11 million records and had played the biggest venues throughout America - yet he travelled the national highways and byways and played ballrooms in Cavan, Dundalk, Mallow, Limerick, Kilkenny, Mullingar, Athy, Galway, Rush and the National Stadium Dublin. Drug and alcohol use at that time had put his career on a temporary downwards turn.

Johnny Cash travelled around Ireland with the love of his life June Carter, who he later married, and supporting them were the Showband, Eileen Reid and The Cadets.

A 2018 RTÉ radio documentary called Johnny Cash's Lost Tour of Ireland spoke to several people who saw that tour. The documentary’s producer, Tim Desmond, told the Leinster Leader that The Dreamland ballroom visited by Cash was then owned by the late former Taoiseach Albert Reynolds and his brother - and the man responsible for bringing Cash to Athy was a Kerry man called Bill Fuller.

“Fuller was the connection to Cash and interestingly he was the guy brought all bands in the ‘60s to Las Vegas,” said Desmond. “And reputedly, the only guy to run music in Vegas other than the Mob! It was interesting to hear that some people in Athy believed the gig never took place, while so many others swear they were there. But it did happen.

“Athy was a happening place at time and a thriving town. The Reynolds’ had done a deal that Cash would play half a dozen of their venues and Sunday night was the big night in Athy; people were bussed in from 50 miles around."

If you or a family member think you have film footage or mementos from Johnny Cash's tour of Ireland in 1963, please contact RTÉ by email at  docresearch@rte.ie or phone 01 208 3519.