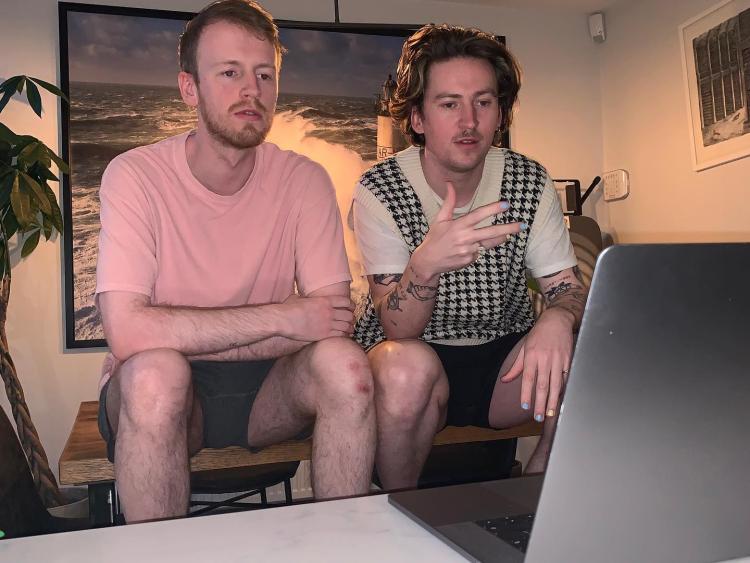 Jimmy Rainsford and Ryan Hennessy said they were thrilled to take part in the Childline gigs in an interview with RTÉ. Picture: Picture This/Instagram

Picture This will stream a live concert on their Instagram page next Wednesday, April 1, and ask fans to donate to Childline and the ISPCC to help it deal with increased demand for its services due to the Covid-19 crisis.

The Athy band are currently isolating themselves, having returned from a European and UK.

Singer Ryan Hennessy told RTÉ news that the group has always admired RTÉ for the work that they do, so the decision to do the concert was a "no brainer" for the band.

"Childline is somewhere a lot of people will be turning to so to try and support it and do whatever we can for it is important, especially now," added drummer Jimmy Rainsford. The band's fans will be able to interact with the musicians during the 30-minute concert, "which is exciting for us," added Hennessy.

The Kildare lads' online set will be one of a series of streamed concerts which are being run on musicians' Instagram pages in aid of Childline over the coming weeks, in association with 2FM. Other Irish acts slated to perform include Hozier, Kodaline and Dermot Kennedy.

The full line-up for the gigs is as follows:

Pictured This have already streamed one live concert from home. Two days ago they played a half hour set supporting the World Health Organisation and Global Citizen, in which they changed the lyrics for their popular hit 'Take My Hand' to 'Wash Your Hands'.