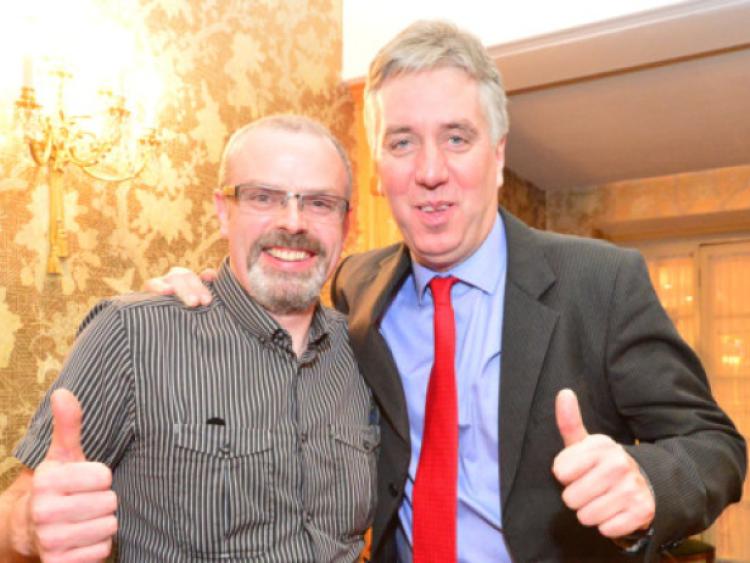 The League celebrated its 20th Anniversary at a glittering awards night in the plush surroundings of the Keadeen Hotel on Friday.

The League celebrated its 20th Anniversary at a glittering awards night in the plush surroundings of the Keadeen Hotel on Friday.

Over 230 Club representatives and other guests turned up on the night to receive their awards and to hear Football Association of Ireland Chief Executive John Delaney speak of the continued growth in the League and in particular in the womens section.

He commended the Executive on their hard work and initiative in developing the league into one of the most successful and progressive leagues in the Country.

Mr. Delaney went on to congratulate the league on the inclusiveness of its membership which boasts Youth, Junior men, Over 35s and Womens sections.

On closing he congratulated Kilcullen AFC on their extraordinary success in lifting the FAI Womens Junior Challenge Cup, the first national title in the League’s history and invited the entire squad and management to join him as his guests at an international game of their choice at Aviva stadium next year.

Mr. Tony O’Dowd, President of the Leinster Football Association in his address congratulated winners, runners up and indeed all who competed in the KDFL to make it yet again another fantastic season in its 20th year.

Both the Leinster Football Association and the Kildare and District Underage League made special presentations to League Chairman Michael Casey to mark the League’s 20th Anniversary.