KDFL kicks off its 21st season 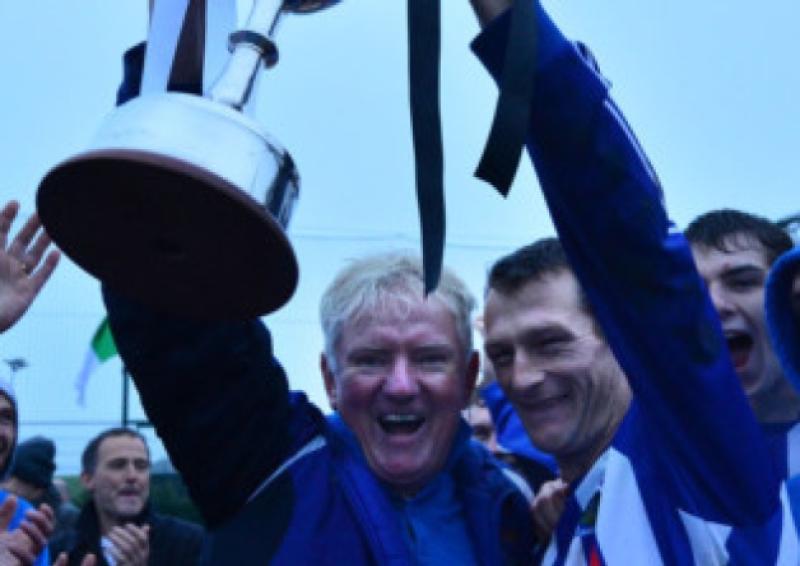 The closed season re-structure of the League see the number of divisions reduced by one but participation in all five Divisions again has grown.

This all makes for a very competitive and exciting season which spans nine months culminating in November with the Annual Awards ceremony scheduled to take place in the plush surroundings of the Keadeen Hotel on Friday 28.

The League enjoy yet again an increase in membership in all sections of the game. They welcome newcomers to the Junior Section Naas AFC with Newbridge Town and Portlaoise Celtic making a return. While in the Masters section Athy Town AFC make a return joined by newcomers Kilcock Celtic and Straffan AFC.

The largest increase in participation this year again is in the womens section where Portlaoise AFC and Rathangan AFC join the ranks at Division 2.

Chairman Michael Casey said we are most definitely reaping the rewards now of the brave move by all KDFL Affiliates to move to Summer soccer some years ago. The benefits of playing during the summer far outweigh the negative aspects as the league continues to flourish in all areas.

In the CR Wynne Feeds Senior Division we welcome newly promoted Premier Double winning champions Clane United, Naas based Sundays Well FC and Lumsden Cup champions Bridgewood Celtic. All will be eager to make their mark in the top flight early. The meetings of Castle Villa and Naas will be sure to set the pulses racing. Villa having clinched the title from Naas in the last game of last Season.

The Aermax Premier Division is always extremely competitive. Sallins Celtic, Coill Dubh AFC and Suncroft AFC will be looking to regroup in an effort to return to the Senior section following relegation last season while newly promoted Caragh Celtic, Clonmullion AFC and Kilcullen AFC will certainly give other Premier division hopefuls a run for their money.

In the Hoey Spar Moorefield Division 1 we welcome the first of our newcomers Newbridge Town AFC, Portlaoise Celtic and Naas AFC. They are joined by Newbridge Colts, Kinnegad Juniors and Redwood FC from Naas. All vying to make their mark in an almost unrecognisable division from last year.

The Cooks Cabin Division 2 and The Hill Electrical Division 3 combine what was the previous years Division 2/3 and 4. Thus dispensing with the three rounds of game. Newly promoted Walshestown AFC, Kilcullen AFC, Castle Villa AFC and Moone Celtic will be joined by a second team from Newbridge FC and Naas United FC who have entered another team to add to their ever expanding club, together with relegated Kildare Town AFC and existing Div 2 teams Athy Town, Bush Celtic and Clane United. Making for some very interesting encounters.

The Hill Electrical Division 3 of Naas United, Monasterevin AFC and Clongorey also welcome newcomers Eleson United who have entered a second team and they are joined with the remaining teams from Division 4.

In Division1 of the over 35 section newly promoted Leixlip United and Coill Dubh AFC are sure to shake thing up a bit and give 2013 champions Kildare Town and runners up Suncroft AFC a run for their money. While in Division 2 Kilcock Celtic and Straffan AFC are somewhat of an unknown quantity having only formed during the closed season.

In Division 1 of the Womens Section Bridge United and Kilcullen AFC who have dominated the division for the last number of years will have some fresh opposition in Allenwood Celtic, who were just pipped by Bridge United in the Cup Final last season, and Edenderry Town AFC, both promoted from Division 2. Division 2 sees newcomers Portlaoise AFC and Rathangan join the ranks to inject some new blood. Both Divisions are always keenly contested with the Division one title and runners up in Division 2 going to test matches to decide winners.

The League intend to run an Under 18 League at the end of June also. Interested parties are asked to contact the League Secretary without delay.