No Towns Cup joy for CD 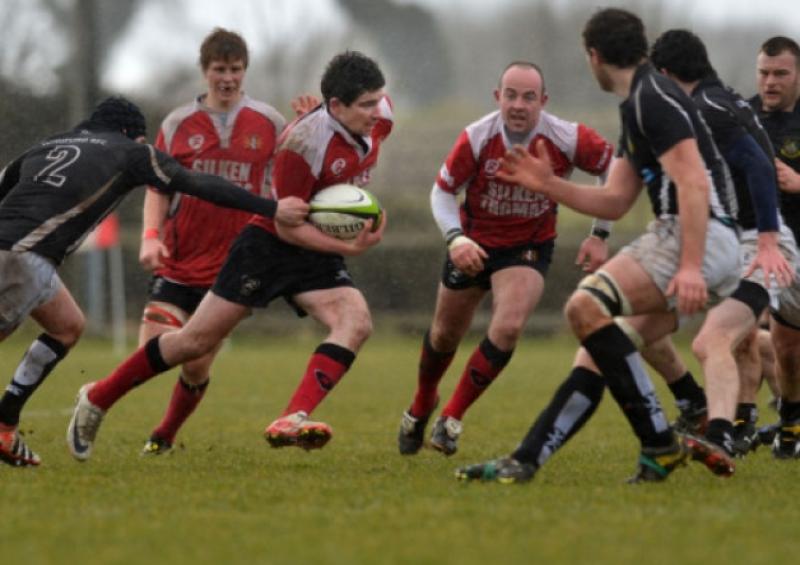 Cill Dara went into their Provincial Towns Cup quarter final with high expectations; they were at home to Longford, a team who had beaten Division 1A (Enniscorthy) opposition in the previous round.

Dara won the toss and played with the elements in the first half, it was a decision they would later rue, as it was Longford who were dominant for the first quarter of the game leaving Cill Dara with a mountain to climb for the rest of the game.

Cill Dara found themselves under pressure straight from the Longford kick off which they were unable to gather. The visitors were awarded a penalty after just 4 minutes which they should have scored but were off target from just 20 metres. But they remained in control and after 9 minutes took the lead with a penalty from their out half which gave them a 3-0 lead.

The home team struggled to get any possession and were further punished in the 13th minute, when numerous Cill Dara defenders fell off tackles and allowed the Longford number 8 in for the simplest of tries, which was easily converted.

At this stage Cill Dara had not once been in the opposition’s half.

A Longford error from a fly hack through led to a penalty for the home side which Jack Ryan converted from 40 metres; this left the score at 10-3 to the visitors.

The home support thought this might be the revival they were looking for, but inexplicably Dara failed to gather the kick off and gave Longford another simple penalty which increased the margin to 10 points.

The visitors increased their lead in the 26th minute with another penalty from a scrum infringement, the home side were somewhat bemused by the referees interpretation of the scrum as this was one area where they seemed to have a strong advantage. However approaching the half hour mark they found themselves trailing by 13 points. The last 10 minutes of the half saw Cill Dara up their intensity and they closed the gap with two penalties from the boot of Ryan, which left them trailing by 16-9 at half time.

Dara started the second half strongly and their dominant scrum had the visitors under all sorts of pressure. It was from a Longford scrum on their own 5 metre line, that Cill Dara got the first score of the second half.

The Dara pack managed to push the visitors off the ball and number 8, Damian Broughall touched down to narrow the margin to 2 points, Ryan was unable to convert, leaving the score at 16-14 to Longford.

Dara upped their intensity and were now on top, but several crucial decisions went against them in the scrum and it was Longford who were to increase their lead in the 62nd minute with another penalty to push them 19-14 ahead.

Cill Dara came back strongly and were awarded three kickable penalties which were all missed, at this stage the home supporters knew the writing was on the wall.

Longford were to get another penalty in the 80th minute, giving them a well-deserved victory by 22 points to 14.

Cill Dara must lift themselves for next week’s relegation playoff against Clondalkin; they know another performance like this will not be good enough to secure survival in the top division of the Leinster League.