Newbridge through with last gasp try 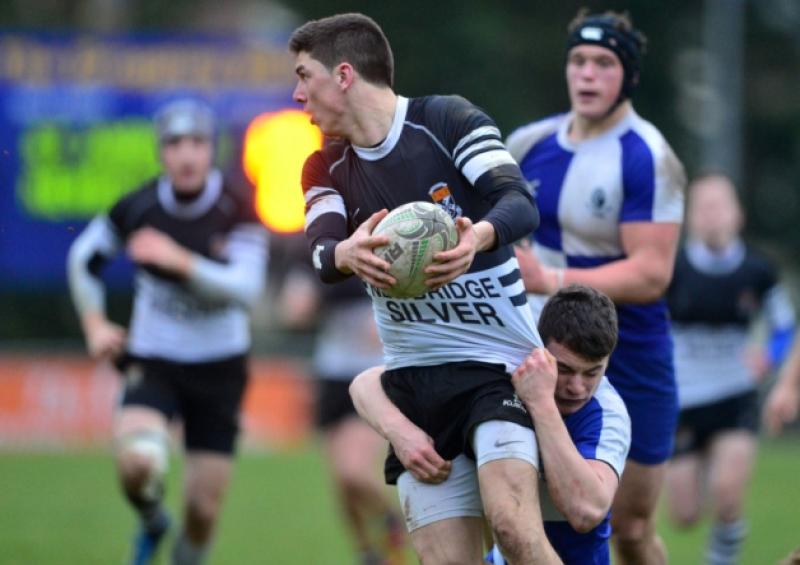 Newbridge College booked their place in the Senior League final with a last gasp win over St. Andrews.

Newbridge College booked their place in the Senior League final with a last gasp win over St. Andrews.

In a week when we’ve seen the joy and heartbreak of a last minute victory and loss, Newbridge came from 13-0 down with 18 mins on the clock to win 17-13. St. Andrews dominated large parts of the first half with their powerful pack making big line breaks especially their open side and No.8. Newbridge were lucky not to concede a try in the corner on 25 mins but with the final pass going into touch for St. Andrews.

However Newbridge were caught off side in front of the posts and Andrews duly took the three points on offer.

It was 3-0 at half time with Andrews deserving their slender lead and wondering how they were not further behind.

The second half began in a similar fashion to the first with Newbridge indiscipline giving up valuable field position to Andrews.

The Kildare team were uncharacteristically careless with ball in hand and found it difficult to go through the phases. They conceded another penalty after ten mins of the second half and then five minutes later they conceded their first try after some fine individual play from the Andrews No.10.

With just over fifteen on the clock Newbridge left themselves with a mountain to climb but straight from the kick off there was a sense of purpose about their play with a massive hit from Captain Tom Brady signalling a much more physical Newbridge approach.

Indeed it was substitute Brady who scored the first try finishing off a fine team move. Newbridge came back again straight away and after a few attempts at breaking the Andrews defence Conor J Doyle dived over after some very hard yards from Jonathan Phelan in the phase before- it was converted by Chris Healy but Newbridge still needed another try to win.

It duly came from wing Joe D’Arcy with the last play of the game.

Newbridge went through roughly 12 or so phases to set him free in the corner.

It was a stunning turn around from Newbridge and a heartbreaking defeat for Andrews.