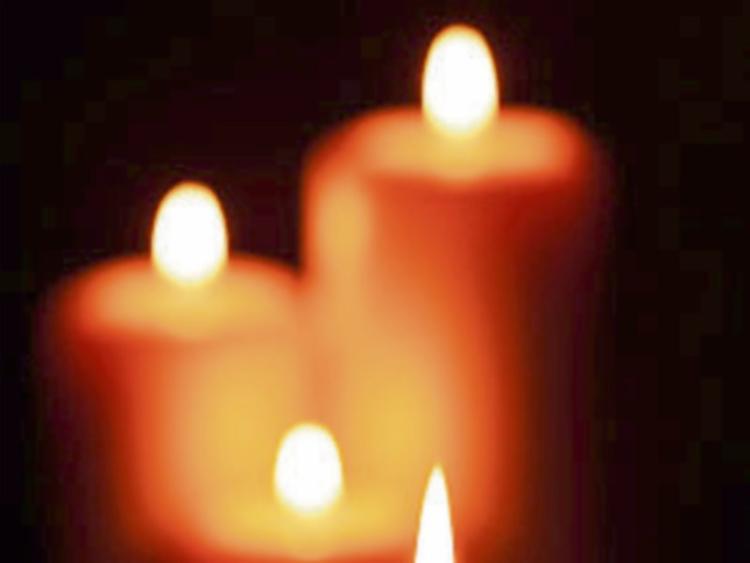 Gergin (Beech Park Nursing Home and late of Rowan Terrace, Newbridge) - May 21 (peacefully) in the wonderful care of the nurses and staff of Beech Park Nursing Home, Kildare. Donal, husband of the late Peggy; sadly missed by his sons Philip and Terence, daughters-in-law Siobhan and Teresa, grandchildren Shane, Derek, Philip, Aaron and Daryl, brothers and sisters Leslie, Bernie, Eunice, Maeve, extended family, relatives and friends. Reposing at Anderson and Leahy's Funeral Home, Newbridge, on Monday from 5 pm until 8 pm with prayers at 7.30pm. Removal on Tuesday morning at 10.30 am to arrive at St. Conleth's Parish Church for Mass at 11 am followed by funeral afterwards to St. Conleth's Cemetery, Newbridge. Family flowers only please. Donations, if desired, to St.Brigid's Hospice, Moore Abbey. Donations box in the church.

Funeral arriving on Monday, arriving at the Church of St Mary and Laurence, Crookstown, for Requiem Mass at 11am, followed by burial in the adjoining cemetery.