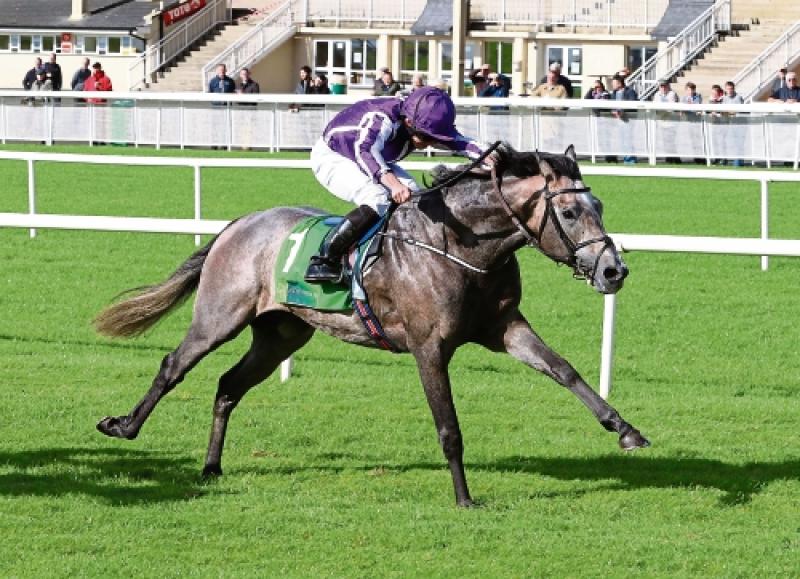 The Aidan O’Brien trained Capri will begin his season at Naas tomorrow, Friday 13 in the Group 3 Toals.com Bookmakers Alleged Stakes.

The hugely talented colt is one of five declarations for the valuable contest which is the feature race on a seven race card beginning at 1.35pm.

World class jockey Ryan Moore will be in Naas to ride the dual Classic winner Capri who memorably defeated subsequent Champion Stakes winner Cracksman when winning the Irish Derby at the Curragh last year and will be joined by stablemates Cliffs Of Moher and Yucatan tomorrow afternoon. Completing the five runner field is the Ger Lyons trained Cannonball and the Jessica Harrington trained Beautiful Morning.

Also on this rescheduled card is the Group 3 Gladness Stakes with Willie McCreery’s Downforce looking for a second notable victory in the space of six days having won at Navan on Saturday. A field of six will run in the €60,000 race including Group 3 winning British raider Larchmont Lad who will represent trainer David O’Meara and owners Cheveley Park Stud. Dermot Weld has declared last month’s Lodge Park Stud EBF Park Express Stakes winner Making Light and the highly rated Psychedelic Funk adds plenty of intrigue to a fascinating race which is completed by Aidan O’Brien’s War Secretary and the Adrian Keatley trained Simmie.

Willie McCreery said; “The weather has worked out quite well for Downforce because it has meant he was able to run at Navan last weekend and run again at Naas on Friday. He has come out of the race well and now that he can take in both races we felt we’ve nothing to lose so we should take our chance. Navan was over five furlongs but I would say seven-furlongs is his best trip so I’m looking forward to him running.”

Toals.com Bookmakers is one of the most progressively family-run bookmaker firms and continue to offer customers with cutting-edge technology and best bookmaking services. Toals Bookmakers was established in 1932 and have 49 ultra-modern branches in Northern Ireland.