RACING AFFAIRS: What English horses should we be afraid of as Cheltenham approaches?

Get the expert view from Robert Catterson 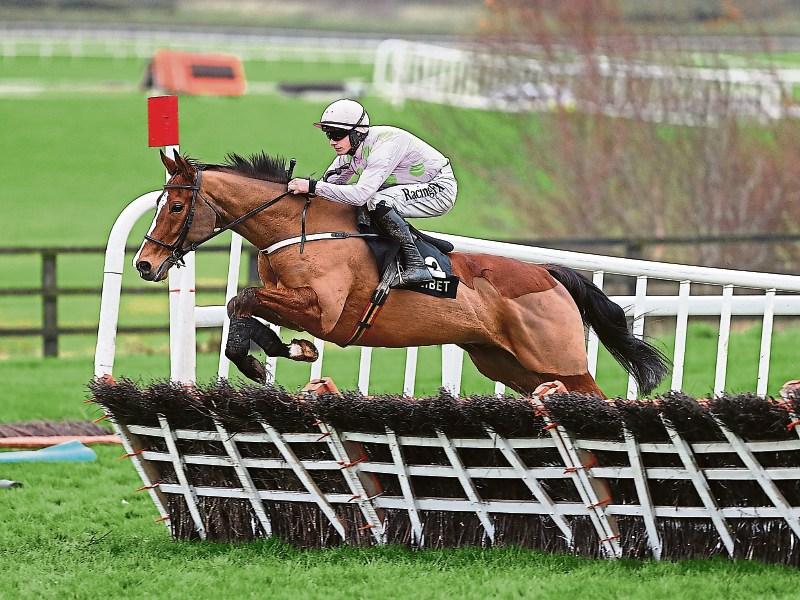 Will Faugheen make the trip this year?

It goes without saying that English-trained horses have a much better record at the Cheltenham festival than their travelling counterparts. Every year, bar just three times, England have won the Betbright Trophy, and it’s physically impossible for the home team to suffer the same fate that Ireland did in 1989 and end the festival on a blank.

There’s every chance that Ireland will have bragging rights after Day 1 of the festival as the Arkle Trophy, Mares Hurdle and possibly the Supreme Novices’ Hurdle look ours for the taking.

The Champion Hurdle trophy might not be travelling overseas though and if Faugheen doesn’t turn up, then it’s surely Buveur D’Air’s for the taking.

There’s nothing to suggest otherwise on what he’s shown since he won last year’s crown and he could be the English banker of the week. In fact, if Faugheen is a no show, he will be.

England’s chances of winning the Queen Mother Champion Chase will undoubtedly rest on the participation of Altior.

Our own chances very much hinge on the chances of Douvan and Yorkhill turning up. It’s a fairly muddy picture at the moment but if all the major prospects turn up, then it would be the race of the week with Altior probably favourite to oblige for the home team.

The two big novice races on day two already look competitive to say the least and while we look to hold a strong hand, particularly with Samcro, so do the home team. On The Blind Side appears to be the main pretender on the novice hurdle scene in the UK right now and he’ll be putting his unbeaten record on the line here. He’s already won two Grade 2 contests and if something was to go amiss with Samcro, he’d be the one to beat.

The RSA Chase also looks like being a really good renewal and I’d fancy us to win this. However, Fountains Windfall brings a solid case to this race and will be fancied by home punters.

The odds of a UK winner in Coral Cup will more than likely be short while the same will be said about the Fred Winter Juvenile Hurdle. reland will probably call the shots in the Champion Bumper while England’s best chance of a winner on day three of the festival will probably come in the Stayers Hurdle. While Un De Sceaux and Coney Island will probably give us a major chance of winning the Ryanair Chase, Ireland have a deplorable record in the Brown Advisory Plate so it’s probably safe to assume that there might be a home triumph there.

Cheltenham Gold Cup day will be what determines the winner between Ireland and England throughout the week and traditionally, this day is usually when the home horses come out on top.

There’s one Clane man in particular who thinks Might Bite only has to turn up to win the Cheltenham Gold Cup and he’ll be favourite to do so. He may very well win Anthony but he’ll have to re-write history if he does triumph as no horse in the modern era has ever won the RSA Chase, the King George VI Chase and the Chelten-
ham Gold Cup in succession, as hard as it is to believe.

A few horses have won all three races but not all within a 12 months cycle or so. At least one Irish-trained horse has been placed in the race since 2012 so you can be sure we’ll have a big say on where the blue riband trophy goes.

Given England’s record in the Triumph Hurdle, along with Apple’s Shakira’s presence, a home victory in that race looks on the cards while they’ll also be confident of winning races like the Albert Bartlett, Christies Foxhunters Chase and Grand Annual given their recent success in all of those races.

Everything went right for Ireland when we accumulated 19 winners throughout last year’s Cheltenham festival. I doubt that will ever happen again however and we’ll do well to outscore the home team in less than two months’ time. The week of Cheltenham is always considered an away game for us and you can be sure that the home team won’t go down without a proper fight.