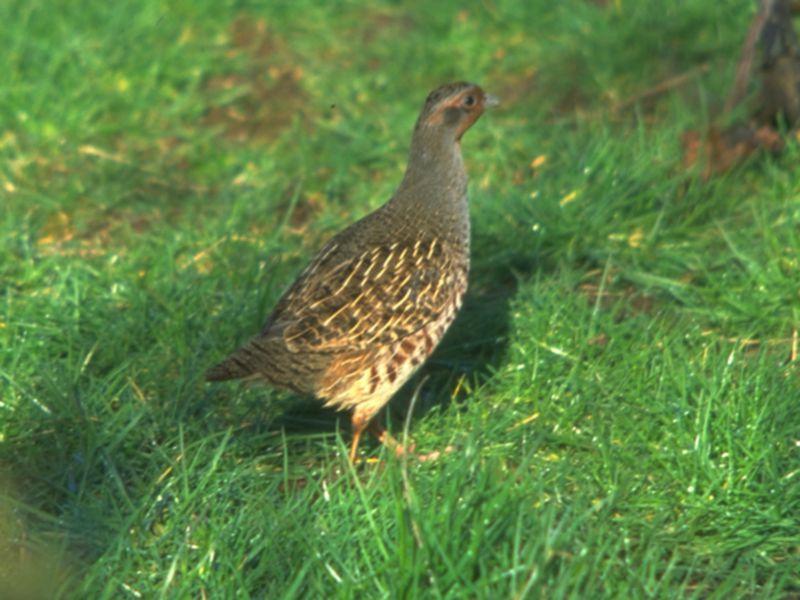 One of the most well known Christmas songs is the Twelve Days of Christmas. Throughout the song we listen to descriptions of calling birds, gold rings, ladies dancing, lords a-leaping and drummers drumming, and each verse ends with a ‘partridge in a pear tree’.

So what had a partridge to do with Christmas? The earliest version of this song, that has its origins in England, is from 1780. According to what I have read online, some believe the partridge in the pear tree symbolises Jesus Christ, while other historians believe the song was a children’s festive game with simple rules.

When it was your turn to sing you repeated all the verses before and added the next. If you forgot a verse you were eliminated from the game. I will leave it up to you to decide the song’s true meaning!

While pear trees are not native to Ireland, the grey partridge is a native species. It is a game bird and by the 1990s was almost extinct with just an estimated 20 birds remaining.

There are many reasons for this bird’s decline in population, including the reduced growing of cereals in agriculture and the increase use of pesticides which limited their food supplies.

The grey partridge has grey feathers covering their body with darker brown bars on their back and a short red tail.

The beak is short and the bird is quite round in appearance. They nest on the ground and feed mainly on insects, but will also feed on the leaves of grasses and cereals.

Today, BirdWatch Ireland identify that this bird is restricted to farmland in Co Offaly.

The Grey Partridge Conservation Trust are working to increase the species population and you can learn more at www.greypartridge.ie.

The good news is that conservation efforts work, because in the 30 years since Ireland identified the decline in population, this native bird is still present within our island.