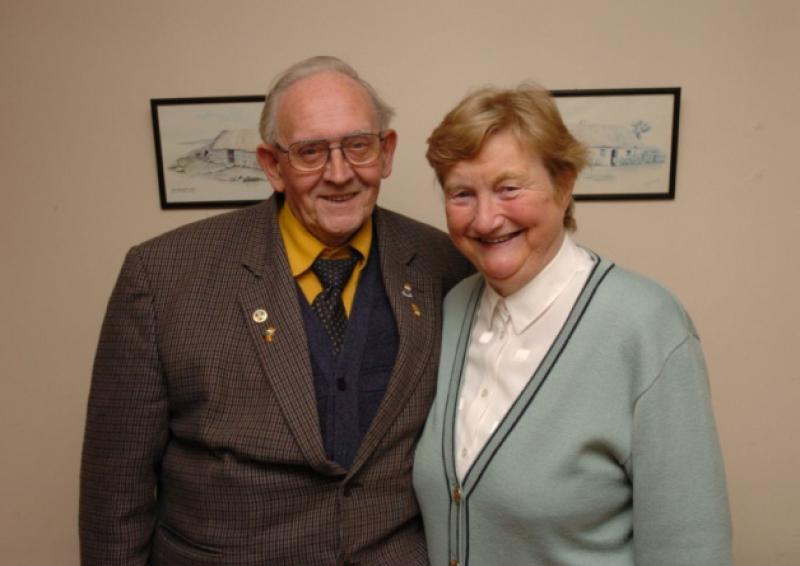 Mourners filled the church which was described as a mark of the high regard and esteem that the late Spike senior was held in by the community he served over 40 years.

Cllr Nolan was described as a great family man who was committed to Newbridge so much so that he often took no interest in ongoings beyond the ‘Bundle of Sticks’ roundabout. He was committed to Sarsfield GAA Club but mourners heard that he had time for Moorefield too and often got more votes out of Moorefield supporters than elsewhere. His other interestes included volleyball and twinning with Badlippspringe in Germany.

He was described as a doting husband to Ursula, father to Brian, Kevin, Micheal and Ann, son to Cathleen and doting grandfather to his many grandchildren. He was also remembered as a good friend who loved telling stories and whose political aims centred on the greater good of Newbridge.

Cllr Nolan, who passed away after a heart attack on Sunday, June 29 last, had battled Alzeimhers for ten years. This battle was recalled with the words ‘I have fought the good fight, I have finished the race, I have kept the faith’.