One man show at Moat, Naas, deals with life and loss 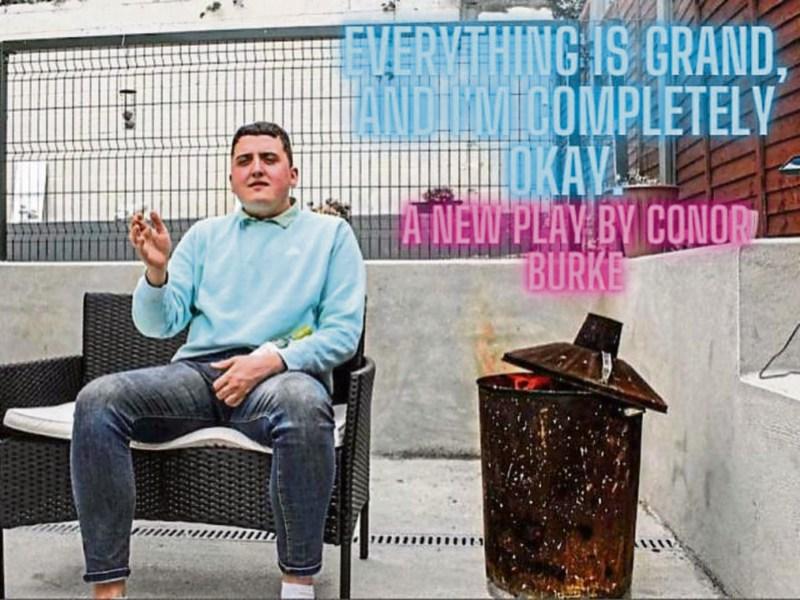 A one man show, written and performed by Naas native Conor Burke is coming to the Moat Theatre in Naas on August 12.

Everything Is Grand And I’m Completely OK is directed by IFTA nominee Leslie Conroy.

Light and sound design is by local technician Aidan Cooney and the producer is Lisa Nally.

The play has been developed during the Covid-19 lockdown with assistance from Dublin Fringe, and is currently being rehearsed.

The play follows the character of Malachy who is turning 25 years old and has been asked by his managers to push himself outside his comfort zone, leading to him giving a talk to his fellow employees about what he has learned about reaching the milestone age.

The play touches on grief and loss, family and friendship, and offers a slice of what it is like to be a young person in Ireland today.

Conor has a unique creative voice that balances serious topics with his signature humour, and this outing will be no different.

The programme notes add: “A new play about growing up, and the lessons we learn along the way.

“Dealing with the death of his younger brother, Malachy is struggling to come to terms with all that he is, and everything that he’s not.”

Conor graduated from the BA (Drama) degree at Queen Mary, University of London, in 2018.

He became the youngest artist to write and perform a one man play at the International Dublin Gay Theatre Festival in 2015 with his show, Leaving Narnia. His 2019 show, The Terms and Conditions of Me & My Ma, opened at Smock Alley Theatre in Dublin.