IRELAND WEATHER: Weather forecast for Ireland for the weekend as weather set to change 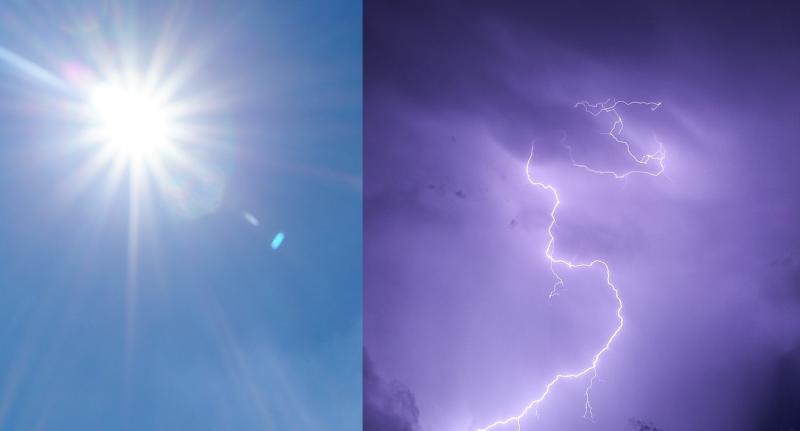 The weather forecast for Ireland for the weekend from Met Eireann is for the weather to remain warm although temperatures are set to ease with highs set to drop to 23 degrees by Monday.

However it will remain very warm over the weekend but there will be some showers with thunderstorms expected to develop on Friday afternoon with some of them set to bring heavy downpours.

According to Met Eireann, today (Friday) will be very warm or hot day with sunny spells. Most of the country will stay dry but it is likely a few thunderstorms will break out over southern, central and western counties during the afternoon and evening, bringing some locally heavy downpours where they occur. Highest temperatures generally of 27 to 30 degrees. Slightly cooler in east Leinster and south Munster with highs of 24 to 26 degrees due to a moderate easterly breeze.

Any lingering showers in the south and southwest will clear to leave a dry night with a mix of cloud and clear spells. Humid and warm once again with temperatures not falling below 15 to 17 degrees, in light northeasterly breezes.

Further sunshine on Saturday, although it will be hazier in the east. Dry for most areas, with isolated showers developing in Connacht and Munster later in the day. Highest temperatures of 23 to 26 degrees generally, slightly fresher along the east coast in a light to moderate northeasterly breeze.

Mostly dry with good clear spells on Saturday night in most areas but some cloud around also. Temperatures will generally not fall below 13 to 16 degrees in light and variable breezes.

The weather forecast for Ireland for Sunday from Met Eireann is for sunny spells with some scattered showers developing in the afternoon. Staying warm with highest temperatures of 22 to 26 degrees, but feeling a little more refreshing in light to moderate northerly breezes.

Largely dry and clear overnight on Sunday with just a few showers in northwestern coastal areas. A mild night with temperatures generally holding above 14 degrees.

It will be less humid on Monday. There will be a fair amount of cloud around with the best of the sunshine in the south and southeast. Highest temperatures typically ranging 19 to 23 degrees, warmest in the southeast. Light to moderate northeast breezes.