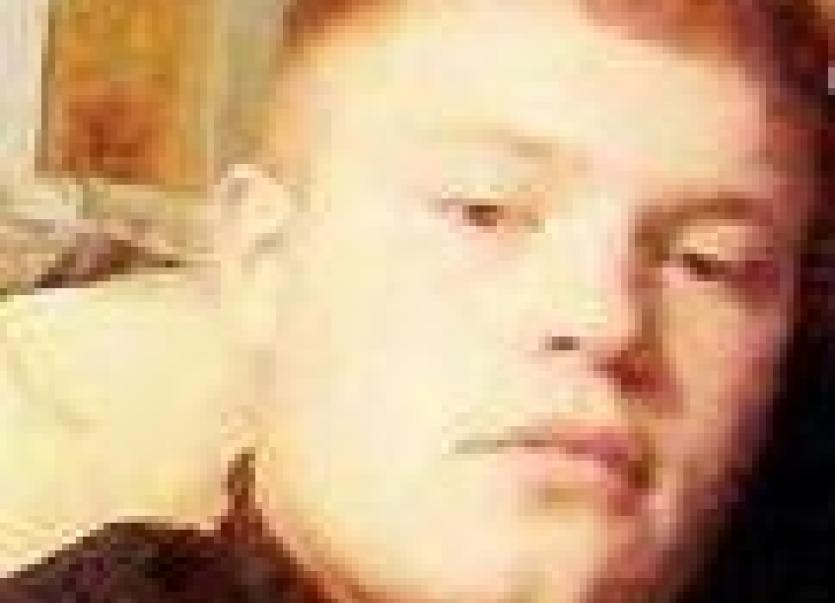 Zoltan Almasi, who was put on trial accused of the same murder in Naas, Co Kildare, in 2014 three times and saw a conviction quashed by the Supreme Court, has had his plea to manslaughter accepted by the Director of Public Prosecutions (DPP) for killing a man with a single blow of a baseball bat.

Almasi (49), whose third trial ended three weeks ago in a hung jury, has been in custody for seven years and will now face a sentence hearing for manslaughter for the 2014 killing of Athy man Joseph Dunne.

Almasi, a Serbian with an address at Harbour View in Naas, Co Kildare was convicted of murder following his first trial but that conviction was quashed by the Supreme Court. His second trial resulted in a jury disagreement and his third trial ended on July 1 last with the jury again unable to agree a verdict. At his last trial, he had pleaded not guilty to murdering Mr Dunne but guilty to his manslaughter.

When arraigned today, Friday, on the charge of murdering Joseph 'JoJo' Dunne at Harbour View on May 16, 2014, Mr Almasi replied: "Not guilty of murder, guilty of manslaughter."

Caroline Biggs SC for the DPP said the plea is acceptable to the State. Mr Justice Michael White remanded Almasi in custody until September 3 for a sentence hearing.

The court ordered reports from Almasi's prison governor, chaplain and a prison psychologist.

The jury heard that Mr Dunne and a group of teenage friends were drinking at a bridge in Naas on the night of the killing. Almasi had just come home from work and was about to get into the shower when he heard banging on his Mercedes van, which he had parked outside moments earlier.

Mr Dunne and his friends were on their way to get a bus home when they passed Almasi’s detached house and van.

Mr Dunne’s best friend, Michael 'Mikey' McDonagh, testified that he sensed a change in Mr Dunne’s mood after one of the girls left their group that night. He said that the deceased was drunk, and was "shouting and singing" on the way to get the bus, before he challenged another, ‘big, tall’ man to a fight.

The accused saw Mr Dunne from an upstairs window, went downstairs, took a baseball bat that had been left in his house by a previous tenant, and went outside. He chased Mr Dunne away, bat in hand.

CCTV footage captured the last moments of the chase and showed Almasi raising the bat over his head before both disappeared from view. Almasi testified that he didn’t realise that he had struck Mr Dunne with the bat until he later saw an ambulance and garda car in the area.

By that time, he had parked his van in his garage, taken a shower and was walking through Naas. He said that he was on his way to meet his wife, as previously planned.

Almasi, however, had struck Mr Dunne with the tip of the baseball bat to the back of his head. The 20-year-old went to ground immediately as his friends were ‘frozen’ in shock. Diners from a nearby restaurant tried to administer CPR and Mr Dunne was rushed to hospital, where he was pronounced dead.

Death was as a result of severe traumatic head injury, and a post-mortem examination found a comminuted, depressed fracture of his skull.

The pathologist, Dr Michael Curtis, said that this was caused by a single blow of the baseball bat, with 4cm of the tip of the bat impacting the head. The bat would have been wielded with some speed, he said, and the force used was severe.

Mr Dunne’s friends became emotional during their testimony, as one recalled hearing the ‘shatter’ of the bat hitting Mr Dunne’s head, and another recalled blood coming from their dying friend’s mouth and ears. A number of witnesses became so upset that they were given breaks during their evidence.

One of the other witnesses on the street that night described a ‘stand-off’ between the group of teens and Mr Almasi, after he had struck their friend. She also heard the man with the bat shouting: ‘You broke my car.’

Mr Almasi took the unusual step of giving evidence in his defence. He told the jury that he was originally from Yugoslavia, where he deserted the army when the war broke out in 1990, because he ‘didn’t want to take part in killing people’. He had fled across the border to Hungary where he settled, raised three daughters and obtained a Hungarian passport.

He moved to Ireland in 2007 to secure better employment after divorcing. He first worked as a carpenter, but began truck driving after the furniture company he worked for closed down. He remarried and settled in Naas, moving to Harbour View three years before the killing.

Mr Almasi testified that he had bought a van rather than a car to ferry his two English bulldogs to dog shows to sell their pups. The van was off the road for a number of months while he fixed it up, but it was on the road by May of that year.

He said that the Harbour View area had been nice at first, but that it had changed ‘in a bad way’.

He said that people used to climb on roofs and throw stones at his and other houses. He said that he and his wife called the gardai, but that they never came.

“People were drinking, using drugs, fighting and shouting in the street in the night time,” he said. “There was a lot of fighting and a stabbing.”

He said that he had since learned that this stabbing had occurred elsewhere in the town but, at the time, he thought that it had happened near his home.

The area not being ‘good’ was the reason he took the baseball out on the night of the killing, he said.

He described being angry when he heard and saw a number of youths attacking his van. He got dressed, went downstairs and grabbed the baseball bat, on which dust and cobwebs were found when it was seized.

“I went out to defend myself and my car and to chase them away,” he said.

He recalled spending the past seven years in prison thinking about the fatal strike.

Mr Almasi testified that this lack of realisation of what he had done was why he then went back into his house, showered and went out to meet his wife as arranged.

He denied a suggestion from Caroline Biggs SC, prosecuting, that he knew he had done ‘a terrible thing’ when he left the scene. He also denied having training from the Yugoslav army in how to debilitate people.

He agreed that he was the person who had delivered the force, but denied hearing or feeling the impact.

Mr Almasi’s barrister, Barra McGrory QC, suggested in his closing speech that the force with which his client had wielded the bat could be evidence that he had lost control, one of the elements of the partial defence of provocation.

The triggering act, he said, was the attack on his van, his only mode of transport. He also noted complaints of anti-social behaviour in the area made during the trial by local residents and business people.

However, Caroline Biggs SC, prosecuting, said that the deceased was running for his life, retreating and no threat to his killer. She argued that Mr Almasi had struck him in anger, not due to a complete loss of self-control.

“The law requires us to be able to exercise some form of self-restraint,” she noted.

She said that what happened in this case was, "grossly disproportionate to what was an insult to that inanimate object, the van."
Mr Justice Michael White said that the most significant issue for the jury was the defence of provocation. He explained that the jury must be satisfied that Mr Almasi intended to kill or seriously injure Mr Dunne before considering provocation.

“Where he acted under the influence of provocation, his crime will amount to manslaughter and not murder,” he said.

The judge explained that the provocation must have temporarily caused him to lose control to such an extent that he ‘ceased to be master of himself when he killed Mr Dunne’.

He said there had to be such a complete overwhelming loss of self-restraint that Mr Almasi could not stop himself inflicting this deadly violence.

The provocative act was required to be outside the ordinary bounds of any ordinary interaction acceptable in our society, he said.

Justice White said that provocation would not apply in situations where ordinary people, sharing the same fixed characteristics as the accused, would be able to exercise self-restraint.

He explained that it was for the prosecution to prove beyond a reasonable doubt that the defence of provocation had been rebutted. Otherwise, the proper verdict would be not guilty of murder but guilty of manslaughter.

The seven men and five women spent a total of 13 and 43 minutes before saying they could not agree on a verdict.