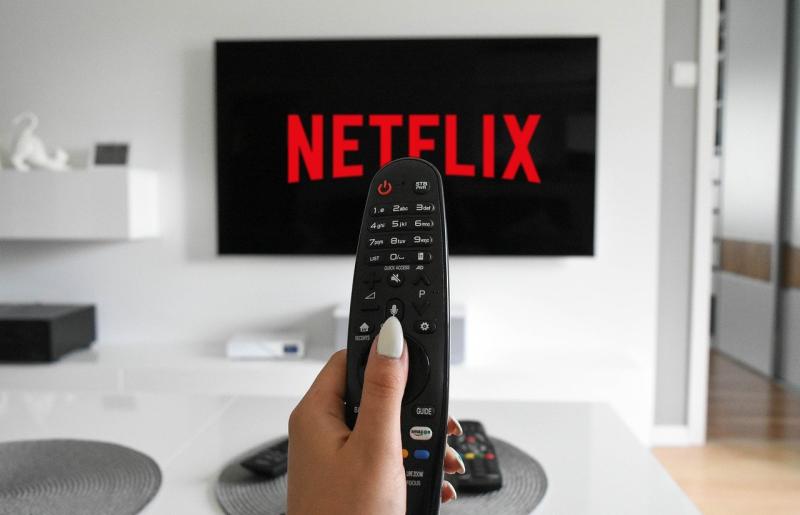 Netflix has released the details of all the new shows, documentaries and movies arriving to the streaming platform just in time for the weekend.

Grab some popcorn and snacks and let the weekend begin!

Too Hot to Handle: Season 2

The world's hottest no dating dating show is back with ten sexy new singles. Anyone who dares to break the rules of no kissing, no heavy petting, and no self-gratification of any kind will see the $100,000 prize drop faster than our contestants’ libido in the least sexy vacation getaway of their lives.

After years of putting her career ahead of love, stand-up comic Andrea Singer has stumbled upon the perfect guy. On paper, he checks all the boxes but is he everything he appears to be?

Andrea Singer always put her stand-up career first, and while dating came easy, love wasn't a priority... that is until she meets Dennis, a quirky nerd with disarming charm who coaxes her into letting her guard down. Her best friend Margot isn’t convinced he’s all he seems and she urges Andrea to embark on a wild goose chase to uncover who Dennis really is.

Sisters on Track chronicles the coming-of-age story of the Sheppard sisters: Tai, Rainn, and Brooke who were propelled into the national spotlight in 2016 with their first-time wins at the Junior Olympics. The resulting media storm landed the trio on the cover of Sports Illustrated Kids as “SportsKids of the Year" and they were able to move from shelters into their own home.

The film offers a rare intimate glimpse into a tight-knit Brooklyn family’s journey to recover from trauma and tragedy. With the support of their mother, Tonia Handy, and the guidance of coach Jean Bell, the Sheppard sisters aim to beat the odds, dream big and aspire to higher education as they are finding their voices as athletes and students – all while processing the growing pains of adolescence. At the heart of the story is the bond between sisters and an entire community of women, passing the baton of self-empowerment and hope through track and field, from one generation to another.

Romance, Rivalry and radical mystery collide as a group of teens attend a remote island sleepaway camp in this suspenseful supernatural drama.    Fact and fiction intertwine as Mia, Dev, Petal, Alex and others attempt to reunite — and re-examine what really happened on Peregrine Island. Season 2 of The A List is available on Netflix June 25!

As the new Japanese Heisei era began in 1989, Muranishi (Takayuki Yamada) stood at the summit of the adult video world, putting out a large number of videos in his themed series. However, none of them reached the legendary status of “I Like It S&M Style,” the masterpiece he produced with Kuroki (Misato Morita). Kuroki yearns to produce another work with Muranishi, but this desire is left unfulfilled as a gap slowly forms between them. During this time, Muranishi is urged to expand into satellite broadcasting. Moving toward his grand dream of “raining porn from the sky,” Muranishi gathers more capital. Seeing this, Kawada (Tetsuji Tamayama) questions Muranishi’s decisions. However, Muranishi ignores the opinions of his close ally Kawada and breaks from him in order to launch a new company, Diamond Visual, where he begins to promote new actresses, including Mariko Nogi (Yuri Tsunematsu). Meanwhile, his former partner Toshi (Shinnosuke Mitsushima), who has become a yakuza under Furuya (Jun Kunimura), holds complicated feelings toward Muranishi.

Sex/Life is the story of a love triangle between a woman, her husband, and her past that takes a provocative new look at female identity and desire. Billie Connelly (Sarah Shahi) wasn’t always a stay-at-home wife and mother living in the suburbs. Before she married loving and reliable Cooper (Mike Vogel) and moved to Connecticut, Billie was a free-spirited wild child living in New York City with her best friend Sasha (Margaret Odette), working hard and playing even harder. Exhausted from taking care of her two young kids and feeling nostalgic for her past, Billie starts journaling and fantasizing about her passionate exploits with sexy ex-boyfriend Brad (Adam Demos), the big heartbreak she never got over.

But the more Billie remembers, the more she wonders how she got here — and then her husband finds her journal. Will the truth about Billie’s past start a sexual revolution in her marriage, or lead her down a path back to the life she thought she left behind with the man who broke her heart?

From Emmy winning creator JG Quintel (“Regular Show”) comes season two of Close Enough, the animated comedy about a married couple, their five-year-old daughter, and their divorced best friends all living together on the east-side of Los Angeles. Season two has Josh, Emily, and the gang continuing to navigate adulthood while contending with haunted couches, bulbous horses, time-traveling whiskeys, and a literal houseguest from hell -- all in their very own apartment.

Murder by the Coast

In 1999, teen Rocío Wanninkhof is murdered. Her mother's ex-partner, Dolores Vázquez, is suspected. Did she do it? A second victim reveals the truth.

Brought together by a mysterious song, a grad student and an engineer lead the fight against an unimaginable force that may spell doom for the world… Godzilla: Singular Point is an original anime series featuring character designs by Blue Exorcist’s Kazue Kato and a new Godzilla design from legendary Ghibli animator Eiji Yamamori.