Animals in need at KWWSPCA 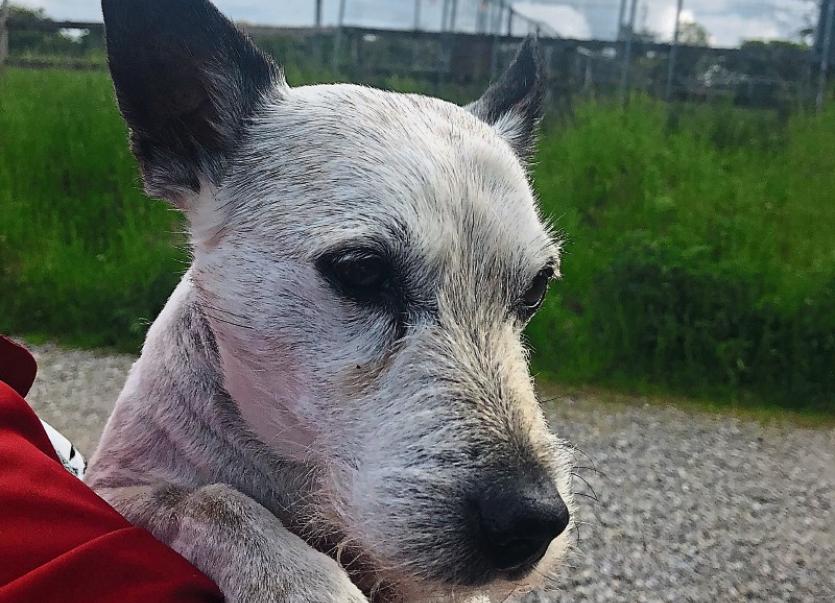 Oscar was one of the first dogs to be adopted from the KWWSPCA Animal Shelter in Athgarvan after it opened over seven years ago.

His owner, Magda, was also one of the first volunteers who helped at the shelter and she fell in love with Oscar as soon as he came into the care of the KWWSPCA. Soon after she adopted him.

He used to accompany her to the shelter and help with the cleaning and general duties during the day.

He came to visit us last week with Magda’s mother, who kindly brought a very nice donation for Noah’s Ark. We think Oscar must be about 16 or 17 now and certainly likes his home comforts and cuddles.

During a recent routine check, customs staff at Dublin Port stopped and checked a van. They found three frightened Lurcher puppies hidden away. They had no paperwork, were not microchipped and were in poor health. They are now in the excellent care of the Veterinary Unit at the DSPCA.

New legislation introduced last week in the UK could have a major impact on puppy smuggling through Irish ports, which is welcome news. The new Animal Welfare (Kept Animals) Bill will improve welfare standards through a wide range of measures for pets, farmed and kept wild animals, including through a ban on keeping primates as pets. RSPCA Chief Executive Chris Sherwood said this bill marks a crucial milestone in animal welfare. We are also thrilled to see measures to crack down on the import of puppies — a cruel trade which has boomed during lockdown where criminals get rich selling sick and dying puppies to unsuspecting families,” he said.

The KWWSPCA is a Registered Charity which investigates and deals with reports of cruelty and neglect to animals, family pets, wild animals and birds, horses and ponies. Helpline: 087 1279835; Email: kwwspca@gmail.com; www.kwwspca.ie.