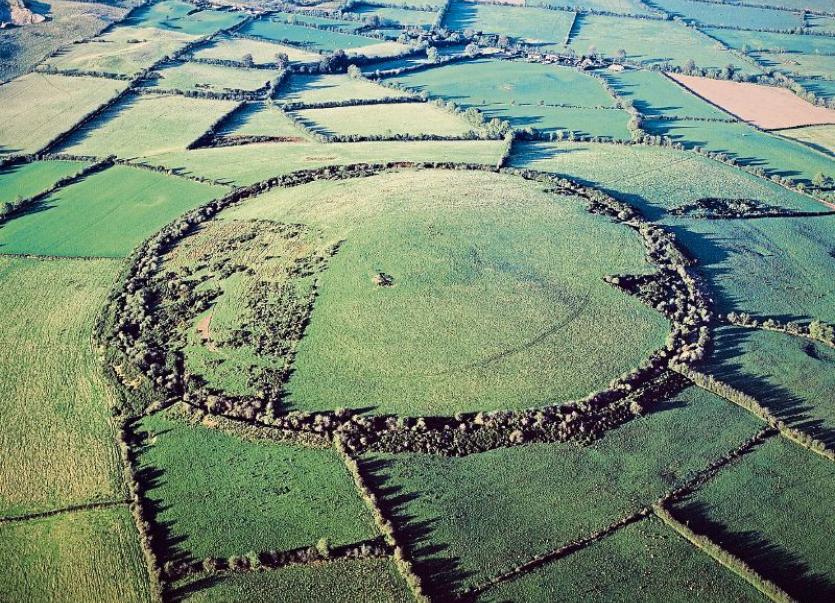 An ancient ceremonial fort near Kilcullen could be on the way to becoming a UNESCO World Heritage Site, like Rome’s Coliseum or the Parthenon in Athens.

Dún Ailinne is a large circular enclosure occupying about 13 hectares and was known as the place where the kings of Leinster were crowned. It is in private ownership. Now, along with four other sites around Ireland, all linked through myth and legend, it's in the process of being put forward for inclusion on the UNESCO tentative list — a precursor to possible becoming a world site.

All are the sites of royal inaugurations and boast a commanding view of the surrounding landscape, KCC’s heritage officer Bridget Loughlin told the May 31 meeting of Kildare County Council.

According to the Heritage Council, Dún Ailinne it was once a centre for royal gatherings as are sites in Meath, Westmeath, Tipperary and Armagh which also form part of the application. These date from the Neolithic to the later Iron Age.

Excavations at the Kilcullen site indicate that it was once a stadium with tiered seating, tilted inwards — suggesting that the site hosted events, possibly of a ceremonial nature.

Excavations at the site indicate that it was once a stadium with tiered seating, tilted inwards — suggesting that the site hosted events, possibly of a ceremonial nature.