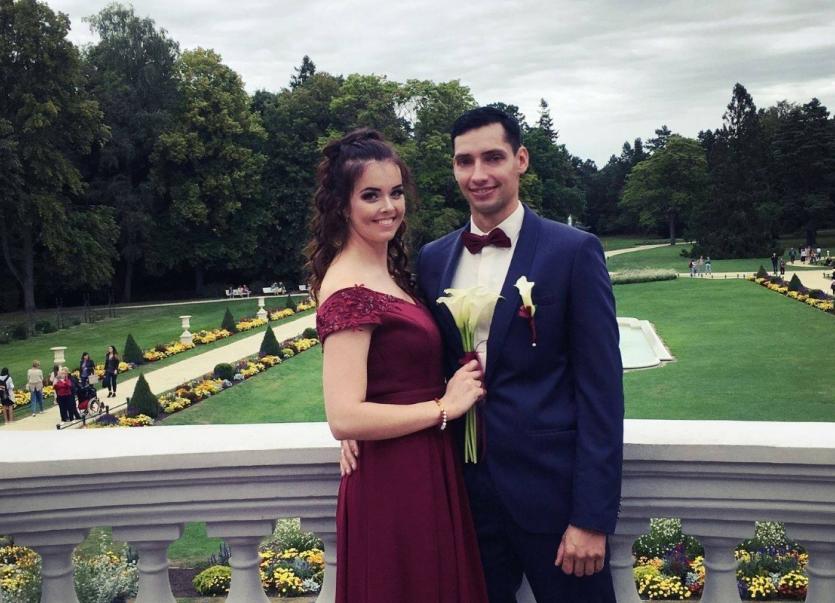 The late Donatas Jokubauskas and his wife Laura

A Gofundme fundraiser has been set up following the death of a man at his workplace in Rathangan, Co Kildare, on Monday.

The Stepping Stones Creche in Ballymany, Newbridge is fundraising following the tragic work related accident which claimed the life of 32-year-old Donatas Jokubauskas. It’s being launched on behalf of his wife Laura.

The couple are Lithuanian and have an 18-month-old son, Arijus. Laura intends to bring her husband back to Lithuania for burial.

“Of course, the cost of this is a lot so we are appealing for help, any amount big or small would be greatly appreciated,” the appeal reads.

The Health and Safety Authority is conducting a probe into the accident.

A representative of the HSA has confirmed that it has launched an investigation into the circumstances surrounding the death at the industrial plant on the outskirts of the town.

Click here to donate to the fundraiser on Gofundme - Funeral Expenses for Donatas. As of Wednesday afternoon, over €2,800 had been raised out of a €4,000 target.