WATCH: Bird rescued by firefighter is nursed back to health by Kildare family 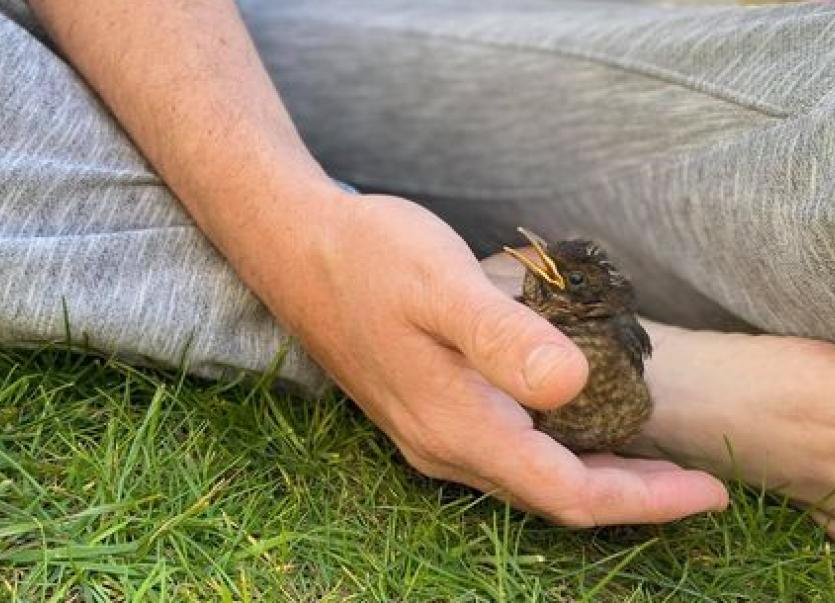 The story of the baby bird April captured the hearts of so many people on social media this week as well as TV viewers.

The RTE cameras popped down to Naas yesterday Thursday, May 27 to get a glimpse of the friendly little blackbird who has brought huge joy to the Edmonds family.

“She is brilliant. We didn't think she'd survive,” said firefighter John Edmonds who explained how the story began when he was called out to a fire near Prosperous on April 25.

“It was a hedge fire which had destroyed some nests and the chicks were too young to escape. There were two or three dead birds, her siblings, and I looked down into the bush underneath where the shells had fallen and there was April. Her tail was completely burnt off and she was all black. I couldn't leave her there. I just couldn't.”

John didn't think she would make it through the night when he brought her home to his house in Naas but the Edmonds family nursed the little chick back to health.

Check out the RTE video by clicking here