This will be the third supermoon of the year 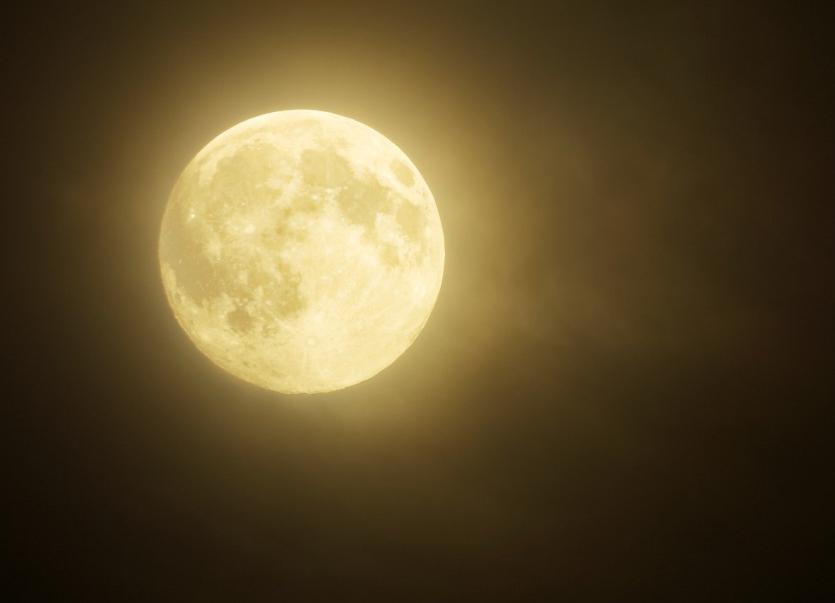 People in Kildare will have a chance to see a beautiful 'flower' supermoon in the night sky.

David Moore of Astonomy Ireland said: "A supermoon is a full moon or a new moon that nearly coincides with perigee - the closest that the Moon comes to the Earth in its elliptic orbit. This results in a slightly larger-than-usual apparent size of the lunar disk as viewed from Earth.

"The technical name is a perigee syzygy or a full Moon around perigee."

This  month's supermoon will be the third out of four supermoons occurring this year.

The supermoon starts at 2.51am on May 26, with full moon occurring at 12.14pm on the same day. The Supermoon will rise in the east around half an hour after sunset and will be visible throughout the night.

More information can be found at www.astronomy.ie

So what exactly is a supermoon?

Mr Moore explains: "The Moon goes around the Earth in a slightly 'squashed circle' called an ellipse. This means at times it can be a little closer than the average, about 15% which actually makes the Moon look 30% brighter.

"When a Full Moon coincides with the time when the Moon is at its closest we call it a SuperMoon.

"There are 12 Full Moons every year. This is where the word "month" came from (think "moonth") as early civilisations broke the yearly calendar up into the 12 moonths of the year.

"Each Full Moon has an (unofficial) folklore name, usually taken from north American folklore. The best know is the Harvest Moon in September, with the May Full Moon being known as the Flower Moon."

"Many people get very creative around the time of Supermoons and we want to publish the best of these photos in Astronomy Ireland magazine which will delight its thousands of readers around Ireland and will also ensure your photo is archived in the National Library of Ireland so please email us your best photo or your written impressions of what you see to magazine@astronomy.ie" said Mr Moore.