National: Traffic incidents up by over a third as traffic volumes reach up to 85% of pre-pandemic levels 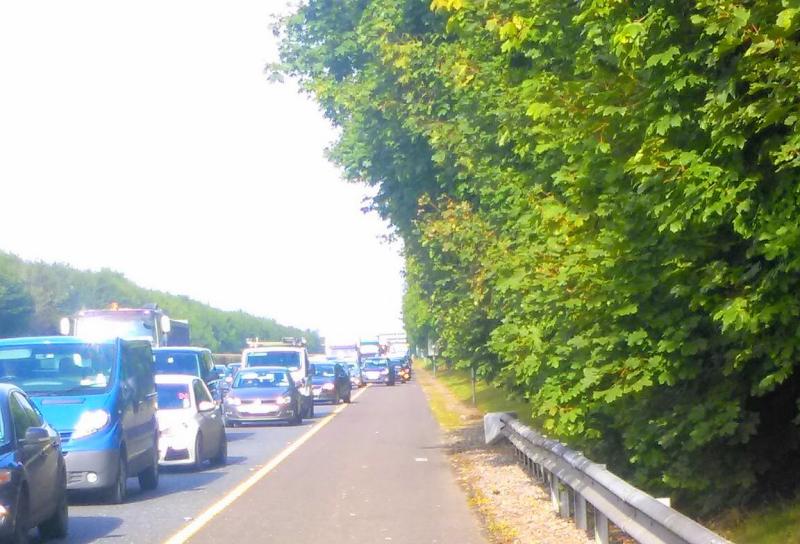 The recent lifting of restrictions saw a significant spike in volumes and incidents on the nation's roads. "We reported a further increase of 36% in traffic incidents on the roads last week, the first week of intercounty travel.

Last week, the traffic news team reported 63 traffic incidents on Ireland's roads, up from 34 in an average week during the 5km restriction period and 46 per week in April, when travel was opened to within one's county.

AA Roadwatch has also reported an increase in congestion, especially in the morning, with city traffic picking up a bit earlier. Furthermore, with the increased traffic on the roads, incidents on major routes are now causing more delays and disruption than before, with a knock-on effect on surrounding roads.

Analysis of figures from Transport Infrastructure Ireland's traffic counters by AA Roadwatch has shown a further increase in traffic volumes to reach 80-85% of pre-pandemic levels on major routes.

According to figures from the Central Statistics Office (CSO), Public Transport passenger numbers are still dramatically lower than pre-pandemic levels, which could be a reason for increased car journeys.

The AA's breakdown assistance service has also seen an increase in daily breakdown callouts since the lifting of inter-county restrictions.

So far in May, the AA attended to an average of 237 breakdowns per day, with a peak of 307 per day on Monday of this week, following on from the first weekend of inter-county travel.

The AA urges motorists to exercise caution as traffic volumes return to normal levels, with many drivers now returning to routes that might have changed significantly during Level 5 restrictions.

"If you are travelling somewhere for the first time in a while, bear in mind that some road layouts have changed, particularly within town and city centres. If driving, be extra mindful of pedestrians and cyclists who may need more room for physical distancing," said AA Ireland Head of Communications Paddy Comyn.