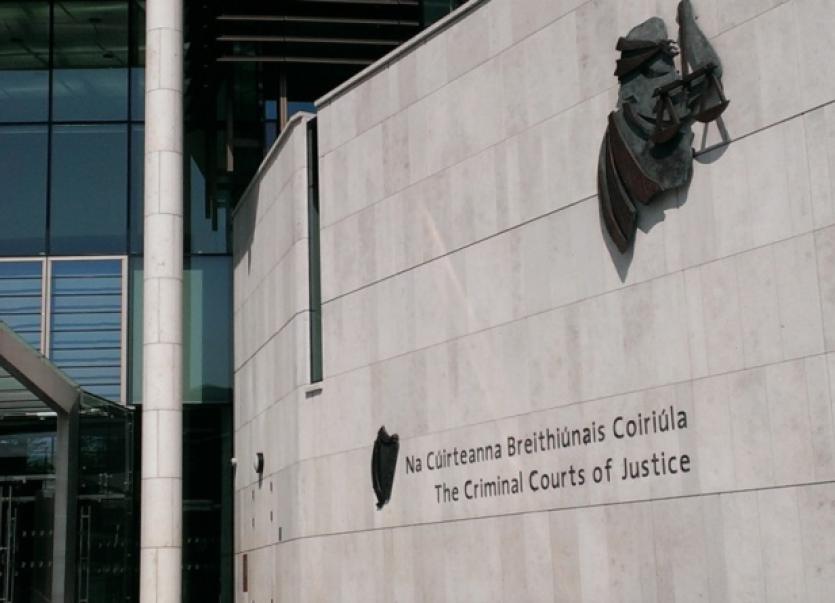 Two men - one from Celbridge and one from Edenderry - have launched an appeal against their conviction for the ‘savage’ murder of a 64-year-old Offaly man with a baseball bat in his own home.

The grandfather suffered eight blows to his head, which shattered his skull, disfigured his face and left fragments of bone lodged in his brain. Two blows to his torso had fractured three of his ribs. His attackers had also tried to set him on fire after he died.

However, a unanimous jury found each man guilty of murder following a Central Criminal Court trial in 2016. Trial judge Justice Margaret Heneghan sentenced each to life in prison.

The court heard that they had gone to their victim’s home after being thrown out of a house party around 5 o’clock that morning.

The three men gave different accounts of what happened in the house. Matthew Cummins claimed that "out of the blue" Seán Davy walked up behind the 64-year-old and beat him on the back of the head with the bat, before coming around the armchair to continue the beating from the front.

Seán Davy claimed that James Davy was responsible for most of the blows, and that he himself struck Mr Dooley once, but "not full force". James Davy denied laying a hand on Mr Dooley, saying that Seán Davy beat him with the bat and Matthew Cummins kicked Mr Dooley but not with much force.

Sean Davy failed in a bid to have his conviction overturned in 2018. He had argued that he should have been tried separately rather than jointly with his co-accused. However, the Court of Appeal found that there had been a compelling case for putting all three on trial together.

His cousin, James Davy, and the other co-accused, Mathew Cummins, made their applications to the Court of Appeal yesterday, Wednesday, May 19.

Caroline Biggs SC, for Cummins, argued that, at no stage during the trial had the DPP pinned her colours to the mast to say whether the case was one of joint enterprise or aiding and abetting.

“It was just throw enough mud at this case and it will stick,” she suggested. She also argued that the judge should have severed the indictment

Ms Biggs said that a knife handle found at the scene, and a text message found during the investigation were critical matters that were crucial to her client’s credibility, and which she said showed motive on the part of the Davy cousins.

During the trial, the jury heard that James Davy had received a text message alleging that the deceased was a rapist hours before he was beaten to death.

The court also heard that Thomas Dooley had in fact never come to the attention of gardai and that there were no "rumours" relating to him that would concern gardai.

A detective garda told prosecuting counsel that during an interview with Matthew Cummins at Tullamore Garda Station, gardai asked him why Toddy Dooley was killed. Mr Cummins said that he asked Sean Davy why he had attacked the elderly man and Sean Davy had replied: "He raped my cousin."

Gardai told Mr Cummins that his co-accused James Davy had received a text message on February 11 from a girl they both knew. The text read: "Toddy a rapist. I never going there again."

Gardai said this suggested a motive for the attack and that it was pre-planned. Mr Cummins said he didn't know anything about the text and that he had no idea Mr Dooley would be attacked. He said he thought they were going in to have a few drinks. "I didn't know if they had a plan. I didn't see it coming," he said.

However, Ms Biggs said that the way the judge had dealt with the knife handle and text message in her charge showed bias and partiality towards the prosecution case.

She said that when she requisitioned her on the matter, the judge had replied that she would recharge the jury on the issue if there were no co-accused because it would be unfair to them.

“We can infer that there was an unfairness,” said Ms Biggs. “But I am not going to be given a fair and balanced charge.”

She said that severance would have protected against this unfairness on critical issues in a complex case.

Ms Biggs further argued that her case was not properly put to the jury by the judge and that the law regarding joint enterprise was also not properly explained.

She said the judge should also have made it absolutely clear to the jury that if a person’s act and ‘mens rea’ (guilty mind) occurred after the killing, the person would have been guilty of impeding the apprehension of another.

“Nowhere was that made clear,” she said.

“I agree that this was one of those rare cases where they all blamed each other,” he said.

However, he noted recent rulings that every application for severance of an indictment must be treated with care by a trial judge.

“There was resistance in this case,” he said.

He also argued that there were aspects of the judge’s direction, which were confusing and misguided.

“The statement regarding joint enterprise was difficult to grasp,” he said. “It was incumbent on the trial judge to be very clear.”

He said that the judge had directed the jury that it was only theoretical that it could acquit on the crime of impeding.

He said that she should then have acceded to a requisition to redirect the jury that it could acquit on this if there was a reasonable excuse.

“The reasonable excuse advanced was that he was in fear,” he said of his client. “In his interviews, Mr Davy said he was afraid by what he had seen.”

Patrick Treacy SC responded on behalf of the DPP. He said that the prosecution case was that ‘all three men were intrinsically involved in the savage murder’.

“I’m asking the court to have regard to the fact of how brutally this man was actually murdered,” he said. “They say it’s not of consequence that they were present to watch the brutality.”

He noted that there was blood on the walls, floor and ceiling, and that the victim’s head was misshapen, ‘such was the savagery of the beating’.

“They say that you can be there as either James Davy or Mathew Cummins and watch the brutality and in some way you are not a participant in that,” he said.

“The prosecution case is a whole plethora of facts showing how integrated these three men were in the execution of this barbaric killing,” he said.