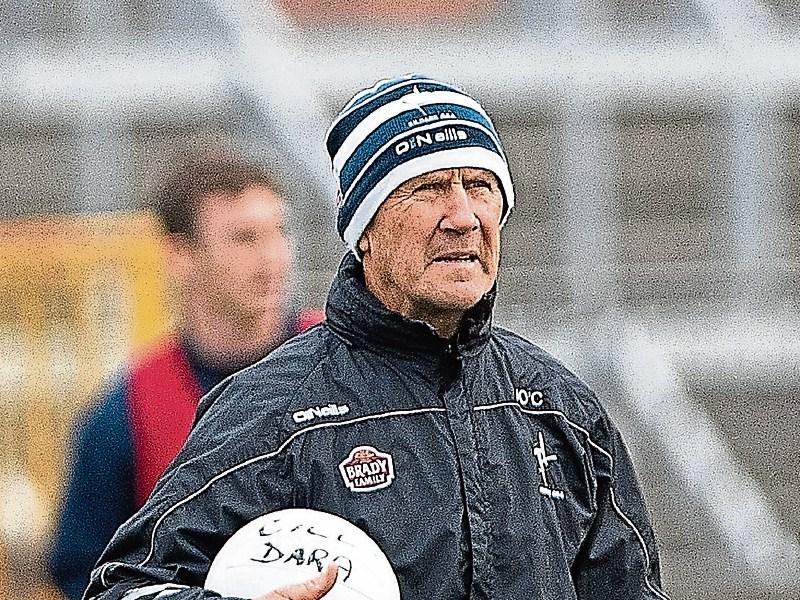 “Can you imagine,” says Jack O'Connor, “there is somebody sitting in a room trying to complicate people's jobs; I, cannot even understand it, and I think I know a bit about football; they should be trying to simplify the rules not make them more complicated; you think two different referees are going to interpret the rules the same; no way.

“I'll tell you one thing, referees are going to have to have their homework done and that's for sure; there will be huge discrepancies and inconsistencies; they should be simplifying the rules not making them more complicated.”

The words of Kildare senior football boss, Jack O'Connor, when he met the local press recentlhy, prior to the upcoming Allianz Football League and was commenting on the various changes being introduced from the start of the league, from changes to the advantage rule; doing away with the maor foirne (passed at congress but not implemented due to Covid) while also allowing the use of seven substitutes (at certain times during games).

While there is no change to the cynical behaviour fouls, correspondence from Croke Park states “the rule change allows a referee to award a penalty kick if the infraction is committed inside the 20m line, or the semi-circle and the referee deems it be a goal-scoring opportunity or not; however it must be inside the 20m line or on the semi-circular arc.”

A further explanation indicates what the referee should consider: (1) where the foul occurred; (2) how many defenders are between the attacking player and the goals; (3) could another defender make a tackle before reaching the goals? and (4) how many players are in the area in front of the goals?

Yes, indeed, Jack O'Connor certainly has a point (or two).

As for how preparation for the return to action considering the short time span, O'Connor says “sure we'll make the best of it” and while acknowledging the fact he would have liked another week or two, this week we'll be winding down but sure look, everyone is in the same boat.”

Jack says he intends to have an inter-county referee in with the players next week to run over the various rule changes, adding “we've been away for so long it is very easy to forget what changes had been introduced even prior to these latest ones.”

There is one change in the Kildare backroom set-up this season. Family circumstances have forced Ross Glavin to withdraw; “a big loss” says Jack, “a great football man but we have brought in Emmet McDonnell, who is familiar with a lot of the lads, he is settling in well, has taken to it like a duck to water and is very enthusiastic.”

Jack O'Connor admitted there is little time to settle in this season, with three games on the trot and then more or less straight into the championship. “We will have to hit the ground running and against Cork in our opening game, so nothing easy there and that's for sure.”

A new panel of 35 with a fair sprinkling of new faces, from the team that lost to Meath last November in the Leinster SFC semi final, there are nevertheless just two lads missing from that, Mattie Byrne and Ben McCormack, both work related we were told.

It is a major ask of every county, back just a few weeks, major lack of game time, rule changes and just three games in the group stages of the league.

As for the Leinster Championship?

Well, what can one say?

Dublin remain the dominant force and despite that recent brush with authorities, hard to see anything other than their winning run being extended, in Leinster, at least.