The Lilies open League campaign in Semple Stadium this afternoon 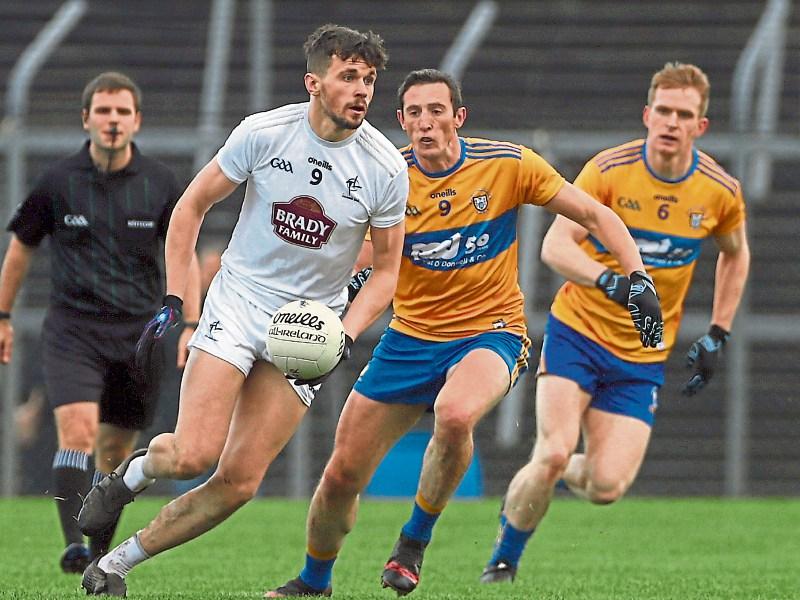 Kildare find themselves in a four team group (Division 2 South) in this season's Allianz Football League, a four team group, with one game away, one at home and one neutral; the neutral being Cork's slap on the wrist for carrying out some extra curricular activity during lockdown.

And as it turns out that Cork game, in Semple Stadium, Thurles, this Saturday (May 15) is The Lilies opening game of the campaign and, without a doubt, the vital game in the 2021 series, from a Kildare point of view anyway.

A win in Thurles on Saturday could set The Lilies up for a real go at promotion; anything less could see them chasing, something they have to try and avoid at all costs.

No easy start for The Lilies and while Cork shocked Kerry in the championship last term, only to lose out to Tipperary in the Munster final, they, no doubt will be giving it their all as they bid to make it back-to-back promotions, having emerged from Division 3 in 2020.

While Kildare recorded a somewhat memorable, and unexpected, win over Cork back in The Qualifiers in 2015, Cork having lost a Munster final just seven days previously to Kerry, a game they (Cork) should have won the first day, the last time these sides met was in the Allianz Football League (Division 2) in 2019, was in Pairc Uí Caoimh, a day if one remembers, the sacred sod of the splendid refurbished stadium cut up like a ploughed field.

Kildare came out on top on that occasion 1-10 to 0-10, a result that put The Rebels on the road to being relegated to Division 3 for the first time in their history.

Kildare led at the break 1-4 to 0-5, the goal coming from a Kevin Feely penalty, but Cork hit back to level proceedings in the second half and when Fergal Conway picked up a black card mid-way through the second half, already on a yellow, 14 man Kildare looked in real trouble.

Kildare are at home in Round 2 when Clare are the visitors to St Conleth's Park on Sunday May 23 and an opportunity for Jack O'Connor's boys to make amends for that narrow defeat in Ennis last season, a defeat that probably cost Kildare promotion.

It was a game played in terrible conditions, in front of more Kildare supporters than home fans, The Lilies (supporters) having enjoyed one of those great away game gatherings the night previous.

In the end there was just a single point separating the sides (0-11 to 0-10) but it might as well have been ten such was the effect on the league standings.

Kildare's third opponent in this season's league are near neighbours Laois. This one, is a home game for Laois but O'Moore Park in Portlaoise is a ground very familiar to Kildare and one where their recent record is encouraging.

It was only Kildare's second win in the League but a vital one and in the end had a somewhat comfortable five points to spare (0-15 to 0-10).

Kildare dominated the opening half and really should have had the game done and dusted when leading by six but the home side reduced that lead with two late points to go in half time trailing, Kildare 0-8 Laois 0-4.

Laois did carve out goal chances in the second half but Mark Donnellan and Kevin Feely ensured the green flag would remain undisturbed as the Laois challenge filtered away eventually winning by a comfortable five.

Meanwhile the Leinster Championship is due to kick-in in late June and is as predictable as Willie Mullins dominating the Punchestown Festival.

Kildare open in the quarter final against the winner of Louth and Offaly; very similar to 2020; an open draw will then be held for the semi finals, another chance for the suit(s) to head to Morning Ireland and shake the balls around and around in the big glass bowl.

Good God is there anything more excruciatingly boring, and the radio presenter doing his utmost (and failing most times) to make the resultant draw as exciting as possible.

For the eleventh season in a row what is at stake is to see who is the second best team in the province, after Dublin.

All teams have resumed training a few weeks now; for Kildare a total of forty or so players initially, cut back to mid-thirties. For The Lilies there is really only one game in town; one competition and that has to be the League with the opportunity to gain promotion to Division 1.

As for the championship?

Unless The Dubs are so traumatised having been spotted, reported and found guilty of training at 7 am during Lockdown (wouldn't have happened in Jim's time; well at least they would not have been spotted) they will extend their unbeaten run in Leinster to just one short of the magical dozen.

And that says all that can be said in a season with no back door; no second chance and no qualifier, along with a league that could be done after a mere three games.

Even at this stage, and as delighted we all are to be back with games, can't help already looking forward to 2022 and a proper league, a proper championship, back door and whatever.