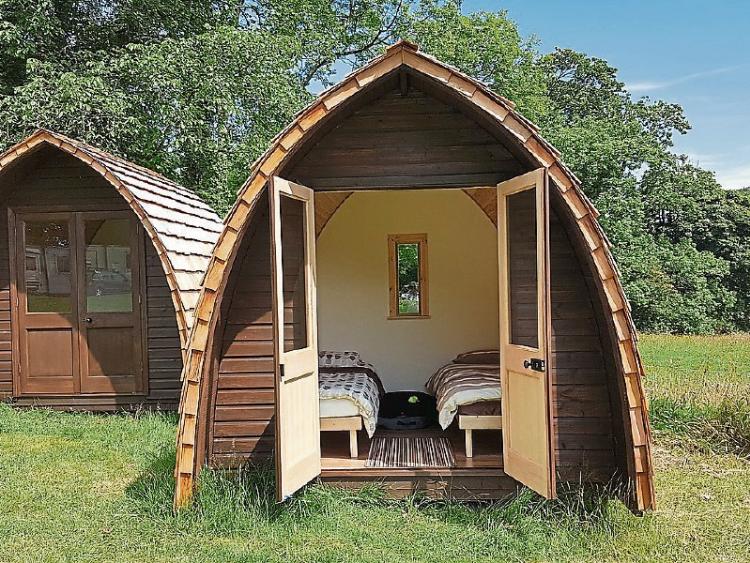 File photo of a dwelling in a back garden. Picture: Pixabay

The mayor of the Kildare and Newbridge Municipal District and other councillors have claimed that the building of unauthorised developments (UDs) is ‘rampant’, and have called for action from Kildare County Council on the issue.

The council said it has seen an increase in complaints and added that it is developing a new planning management system which will get tough on enforcement.

A senior official also did not rule out hiring private investigators to help in identifying owners of properties or land.

Cllr Kevin Duffy told the April monthly meeting of the Municipal District: “I’m seeing a wealth of unauthorised developments across our district and other districts.

“It’s rampant, to be honest, left, right and centre from extensions to actual new houses to mobile homes or caravans in the backs of gardens.

“I had complaints of two this morning on top of many already.

“It’s becoming a real issue and some people are seeing that nothing is being done and they may consider doing it themselves.

“It starts to have a negative impact of the public’s views on the council.

“I am very, very worried and that there is a negative view that if you chance your arm and do it and if you get caught you can try to resolve it afterwards.

“That is not the culture we want to allow to grow and we need to stamp it out.”

Cllr Anne Connolly said: “We have a major serious problem with UDs in the county and I gather that council officials are finding it very difficult to handle a lot of the situations.”

Cllr Chris Pender said that a lot of people are afraid to report neighbours for certain reasons and that he had to personally report UDs himself on behalf of constituents as they ‘didn’t feel safe doing so’.

He added: “There is a genuine fear from people of reporting others in their estates or neighbourhood.”

Cllr Fiona McLoughlin Healy insisted that people who make complaints through the council system remain completely anonymous and this must be made very clear to the general public.

Cllr Peggy O’Dwyer said there is huge reluctance on members of the public to report others as they may be identified.

Cllr Suzanne Doyle said: “I’m just fearful that the credibility of the council’s Planning Department is being undermined because the public perception is that minor misdemeanours are being prosecuted but large scale offences are not.”

She added: “I’m well aware of people blatantly doing things that they shouldn’t be doing and this is causing problems — and this is not referring to any particular sector of the community”.

The Senior Executive Officer in the Planning, Strategic Development and Public Realm section of the Council, Mairead Hunt, said that the number of complaints in this area has noticeably increased over the past year.

She added: “People are working from home and noticing things they may not have bothered to say anything about in the past. But we just don’t have the resources to go through the 500 or 600 open files at the moment.”

Ms Hunt also insisted that the complainant’s details are kept completely confidential throughout the entire process and they only become a witness in legal proceedings if they agree.

The official also said that there is nothing stopping somebody served with a warning letter or enforcement notice to seek retention permission but this does not stall enforcement proceedings.

Ms Hunt also said that she knew of another local authority that hired private investigators to track down the owners of land.

She added: “We haven’t resorted to that in Kildare but it is something we consider during a review of the enforcement process this year.”

Adding that there has to be fairness in the system for people who abide by the law and pay their levies, she explained: “I see a marked increase in unauthorised mobile homes, garages being converted, because maybe adult children were renting in the city and now working from home and they want their own living space.

“Since the pandemic hit, that has been the number one issue we have been dealing with and it’s quite challenging to deal with.

“And it’s very difficult to inspect a garage that has been converted because officials are not supposed to be going into people’s homes during Covid.”

The council said the Planning Department is currently exploring the procurement of a new planning management system which should include enforcement activity. Ms Hunt also said she will make it absolutely clear on information around enforcement on the council’s website that the process of making a complaint is absolutely confidential and the identity of the complainant is never disclosed.