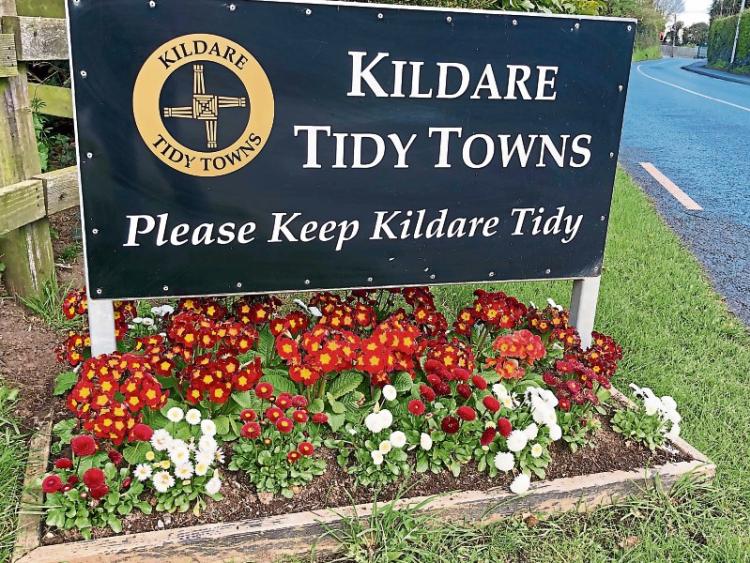 Locals are responsible for tidying almost 100 km of rural roads in the Green Kilometre initiative, Kildare County Council has revealed. The council said this scheme has gained a lot of momentum in 2021, and volunteers have signed up to manage 97 kilometres of 1km stretches.

Mayor of the Kildare-Newbridge Municipal District Cllr Kevin Duffy asked for an update on the initiative at the April monthly meeting.

The council said that, in the year to date, 6.8 tonnes of litter were collected within the Municipal District under this scheme and there are number of other clean-ups planned.

The Council’s Environmental Awareness Officer Dara Wyer said: “From a total of just 17 kilometres registered in the county in 2020, to date in 2021, 97 kilometres have been renewed or added.

“Of this, 16 of the kilometres are in the Kildare-Newbridge Municipal District.

“It is proposed to map all kilometres in the county mid-year as this will most accurately reflect the total. The scheme is generating a lot of positive feedback.

“All volunteers in the Green Kilometre scheme are povided with litter bags and pickers. There is also prompt removal of bagged waste arranged through the council.”

Mr Wyer said that native trees are also provided to the groups to re-plant along these routes.

He added: “In terms of developing the scheme further, the prompt removal of the waste is the most important of these as many participants stress the need to get the waste removed as soon as possible after the clean-up. The scheme is very effective at enabling socially distanced groups of individuals to remove litter from large areas of the county while getting the waste taken away soon after.”

Mr Wyer said that word of mouth has been growing very strongly and clusters of Green Kilometres are appearing around the county as people encourage their neighbours to adopt other kilometres.

Councillors were told the local environment benefits both by the removal of litter as well as improving the local biodiversity with the planting of native trees.