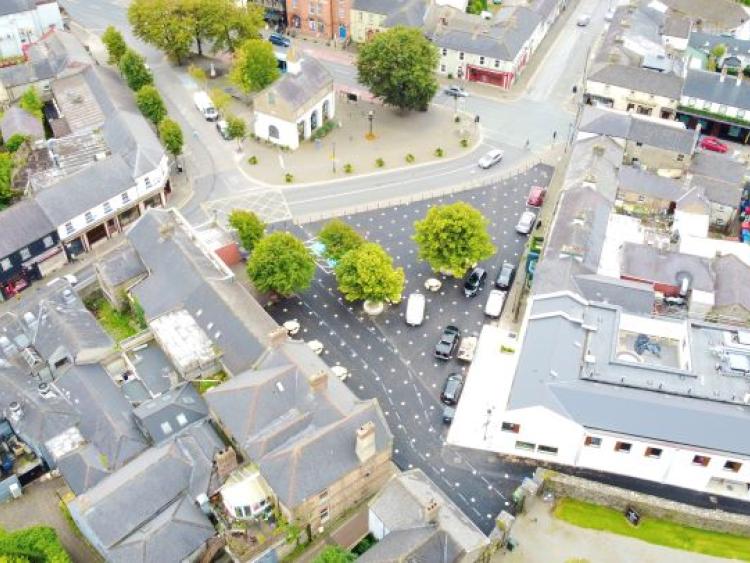 The new pedestrianised area of Market Square in Kildare Town

A busy department in Kildare County Council said that reduced staff and general Covid-19 restrictions may result in the delay of some projects in areas such as Newbridge, Kilcullen, Monasterevin and Rathangan.

However, the Planning, Strategic Development and Public Realm team has been recently granted additional resources, according to Senior Executive Officer Mairéad Hunt.

Ms Hunt told last week’s Kildare-Newbridge Munici-
pal District meeting that there were delays due to the high number of projects being progressed by her team on a county-wide basis.

One of the team’s roles is to rejuvenate public spaces in towns and villages.

The senior official said: “We’re a small team and we’re down people due to maternity leave and other issues. But I got the sign-off for additional resources and have full support from management.”

She also added that there is an acklowledgement from management that the Planning, Strategic Development and Public Realm ‘has to grow’.

The discussion took place as Councillor Fiona McLoughlin Healy called for timelines for proposed public realm projects in Newbridge as well as in Kilcullen, Monasterevin and Rathangan.

Cllr Tracey O’Dwyer said she got the sense that Ms Hunt and her team were ‘flat out’ and suggested if a project manager could be appointed to manage the individual projects.

Ms Hunt said that in relation to the proposed Kilcullen Market Square development, her team is progressing with the purchase of land to offset the loss of car parking as a result of the project.

In this regard, the council is awaiting a valuation of the lands from the current owner so that a purchase price may be agreed.

The acquisition of land is an executive function which is authorised by way of a Director’s Order or Chief Executive’s Order depending on the value of the land being acquired. Ms Hunt also said that as a result of Covid-19 restrictions, “many project programmes may need to be revised, in the months ahead, to take account of the halt to works (including surveys) by the local authority during the pandemic.

“As restrictions are eased, project programming is assessed and revised.”

She added that a further quarterly update on all public realm projects will be provided in the Municipal District between July and September.

She told councillors: “I’m really keen to progress with these projects and we need to see movement in 2021.”