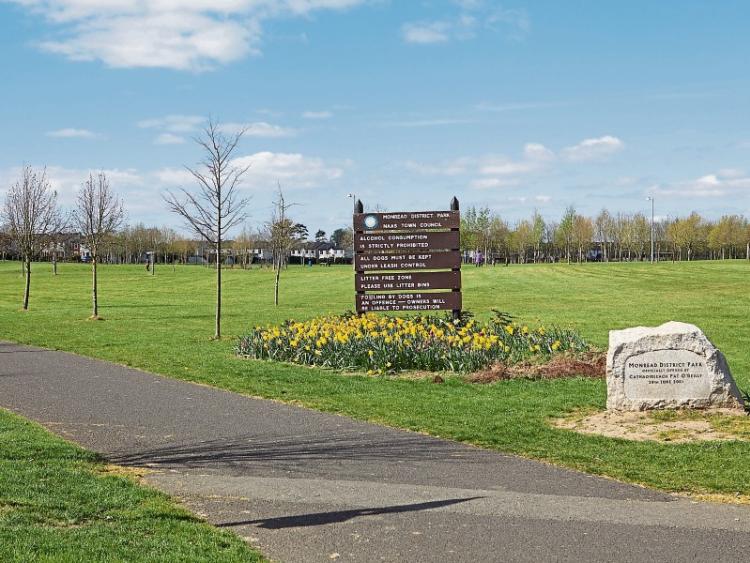 The entrance to Monread Park, Naas

Brighter LED lighting should be provided in public areas in Naas like the lakes and Monread Park, a Kildare County Council meeting has been told.

He tabled a motion at a Naas Municipal District meeting worded to the effect that the lighting would make parks more ”user friendly for female walkers.”

Councillors Evie Sammon and Carmel Kelly expressed reservations about the reference to female walkers and Cllr Sammon said the areas might not necessarily be safe because of the better lighting.

Cllr Clear responded that he hesitated to use the reference but “women I know won’t run in the park because it’s not safe.”

The meeting heard that the cost of providing the lighting at the park and lakes area would be €30,000 and this money is not available this year.

However bulbs that no longer function are replaced by LED equivalents which are less expensive to run.

Cllr Seamie Moore pointed out that some of the lighting in parts of Naas is deliberately “subdued” for the protection of wildlife.