Court rules publicans entitled to costs against FBD, but not at highest scale 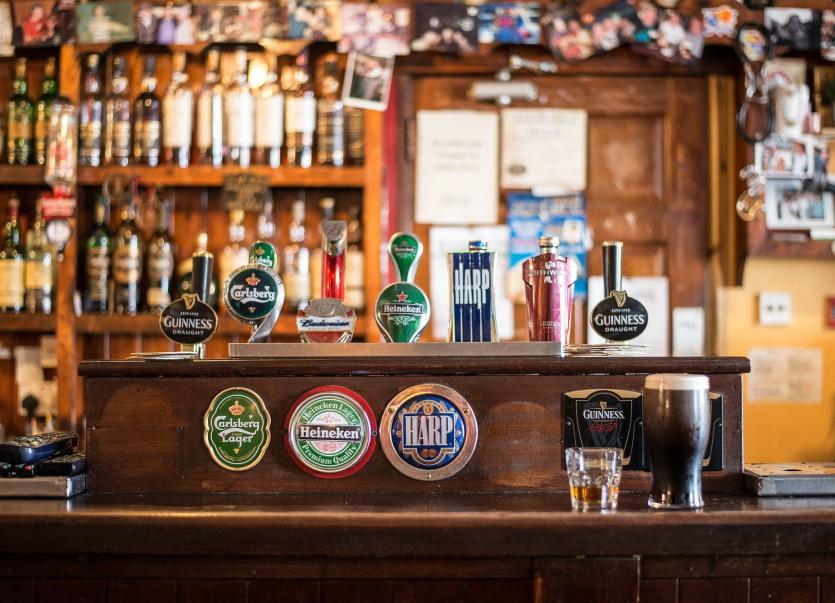 The High Court has ruled that four publicans who won significant test actions over FBD's failure to pay out on business disruption claims caused by Covid-19, are entitled to their legal costs, but not on the highest scale.

In his judgement Mr Justice Denis McDonald said that while it was accepted that the actions were important test actions.

He said that the court, after considering various legal authorities on the issue could see no proper basis to order that the costs should be assessed on the legal practioner and client basis- the highest level of costs that can be awarded.

The fourth action was taken by Leinster Overview Concepts Ltd the owner of Sean's Bar, which is based in Athlone, Co Westmeath.

In his decision earlier this year, the outcome of which affects claims made by some 1,000 Irish pubs and restaurants, the judge found that a policy sold by FBD covered losses pubs sustained by having to close due to the pandemic.

The issue of quantifying the losses will be dealt with at a later date.

Following last February's judgement the publicans asked the court for an order compelling FBD to pay the legal fees the publicans incurred on an enhanced solicitor-client basis.

They claimed they had to engage in these actions, and argued that FBD had gained the benefit of a decision which has very wide implications for the insurer and its clients.

The publicans also argued that if they were awarded costs on a lower scale, they would be left in a less advantageous position than policy holders who did not take part in the test cases, which was not a fair outcome.

FBD argued the fact the cases were test actions, was not a reason for the court to award costs against it on the enhanced scale. Before the trial started FBD agreed to make a contribution towards the plaintiff's legal costs.

The courts should only award the level of costs sought in scenarios including when the court is unhappy with the conduct of the case, or in exceptional circumstances which did not exist in this case, FBD argued.

The judge said that the court was not prepared to award costs on the level sought by the publicans.

He said that the appropriate way to take account of the test nature of the proceedings was to treat it as a relevant circumstance when the publican's costs are being assessed by a Legal Costs Adjudicator.

The judge said if he is wrong on this, and the Central Bank which a regulatory role regarding the insurance sector, takes a different view over the level of costs that should be awarded then the court would revisit the issue.

In addition to the costs issue the court also sought submissions on matters including the proper interpretation to be applied to the term 'closure' within FBD's Public House Policy of insurance, which is relevant to quantifying the losses.

The publicans argued that the correct interpretation of the policy did not require the pubs to be fully closed in order for them to be covered.

They also claimed the policy also indemnifies them during the periods when the pubs were partially closed or limited in what trade they could do while various government restrictions were in place.

FBD argued that the court should interpret the section of the policy differently from the publicans.

It claimed that the language contained in the policy clearly refers to the period when the plaintiff's businesses were "completely closed," and not partially closed, and when certain pubs were carrying on some trade on their premises.

The judge ruled that he had come to the conclusion that the word closure is not confined to a total shutdown of the insured properties premises, but extends to a closure of part of the premises.

In his February judgement the judge disagreed with FBD's interpretation of its business disruption policy regarding covid19.

He said that cover is not lost where the closure is prompted by nationwide outbreaks of disease provided that there is an outbreak within the 25-mile radius and that outbreak is one of the causes of the closure.

The publicans had challenged FBDs refusal to indemnify them, as well as the insurer’s claim its policies did not cover the disruption caused by Covid-19.

They claimed that under their policies of insurance they were entitled to have their consequential losses covered by the insurer.

They also claimed FBD's failure to pay out was a breach of contract.

They claimed the policies contained a clause that states the pubs will be indemnified if their premises were closed by order of the local or Government Authority if there are "Outbreaks of contagious or infectious diseases on the premises or within 25 miles of same."

FBD disputed the claims and argued that the closures did not occur as a result of an outbreak of disease at the premises or areas where the pubs are located.

The actions will return before the court next month.