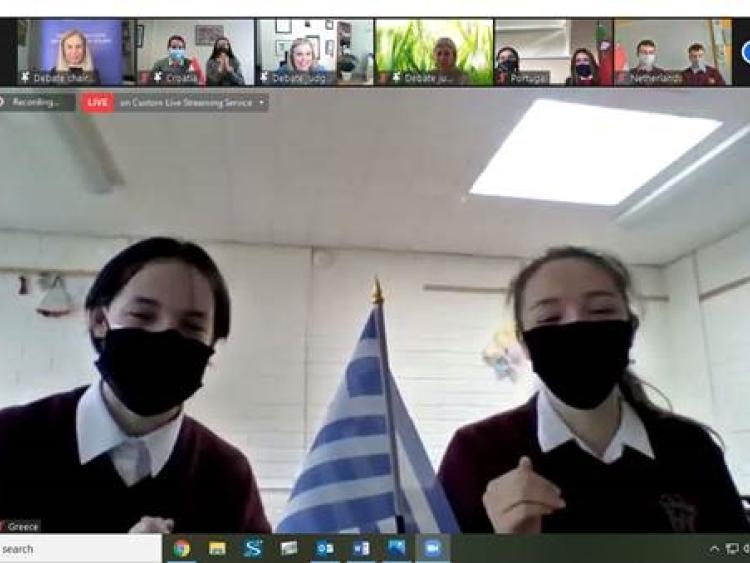 Students from St Mary's College in Naas have taken second place in the 2021 Model Council of the European Union debate, which took place online today.

Fiona McShane and Lucy Johnson were coached by teacher Rosemary Morrissey for the national event which saw 27 schools from all over Ireland competing for the title in discussing a topical theme - the coordinated response at EU level to serious cross-border threats to health. The Kildare girls role played Greece during the debate.

In opening the debate, Minister for European Affairs, Thomas Byrne, TD told the students: "Today you are up for an exciting challenge. Taking part in negotiations at the heart of the European Union is not an easy task. It requires knowledge of different cross-cutting policy areas, from climate and agriculture, to science, technology and health. You need to be able to understand various points of view from different people and Member States, to actively listen and work constructively with them.”

For the Model Council, each school represents one EU Member State. Before the debate, the students and their teachers research the issues for the country they are role-playing. The Ambassadors from each EU country engaged with students in advance of the debate to help them prepare to represent their home country.

Acting Head of the European Commission Representation in Ireland, Andy Klom said: "I would like to pay tribute to all the students and teachers who have worked so hard to prepare for today’s debate. I would also like to thank EU Member State ambassadors for their support. Over the last few weeks, many ambassadors have been in touch with the schools representing their countries to provide guidance and encouragement to students.”

The debate was chaired by Martina Fitzgerald, CEO of Scale Ireland, and the judges were Noelle O'Connell of European Movement Ireland and Mary McCaughey of Eurofound. The prizes were announced by Green Party MEP, Grace O'Sullivan.

The annual debate usually takes place in Dublin Castle, but this year it was held online due to Covid-19 restrictions. 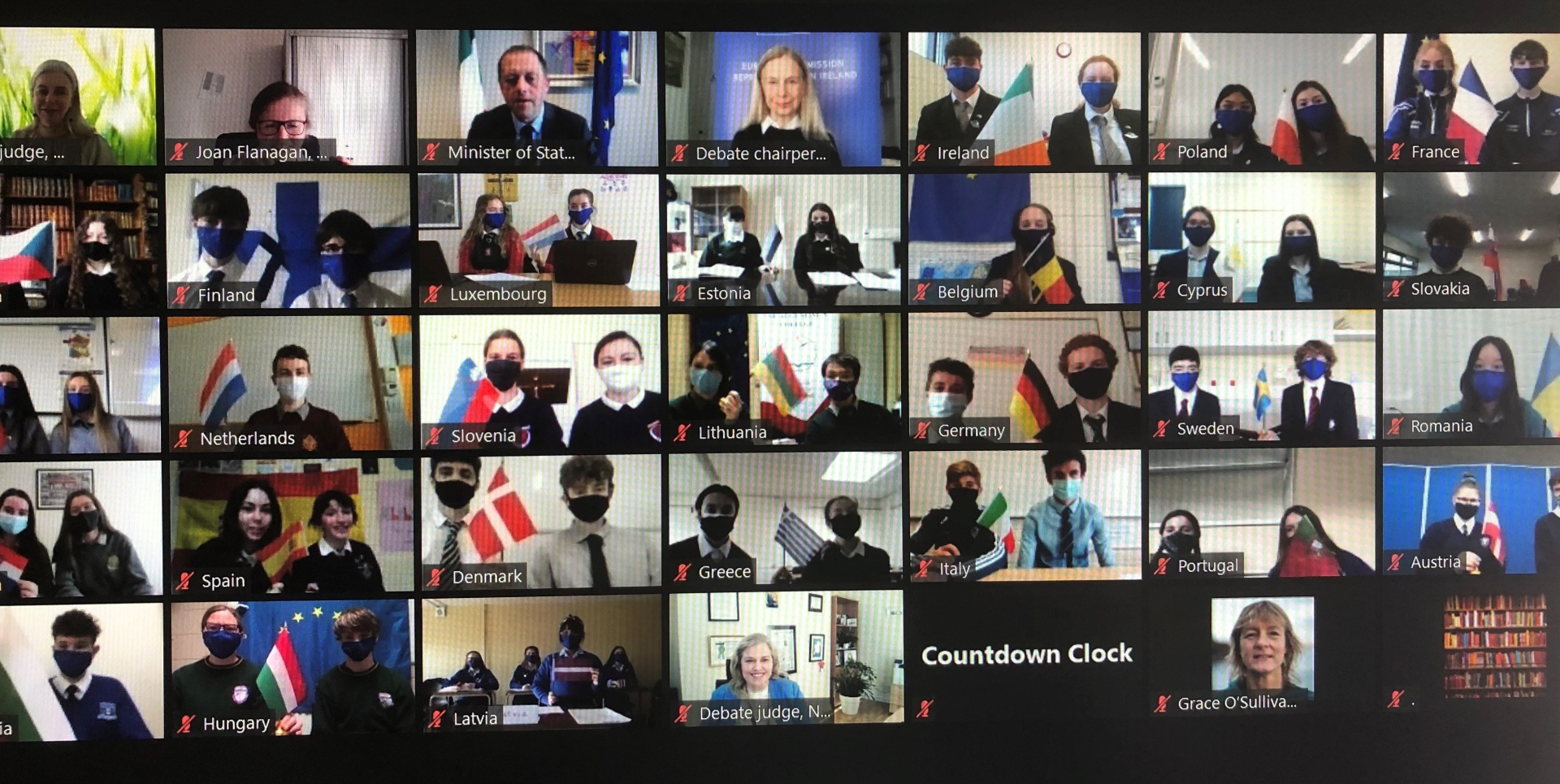 Students from across the country taking part in today's online debate