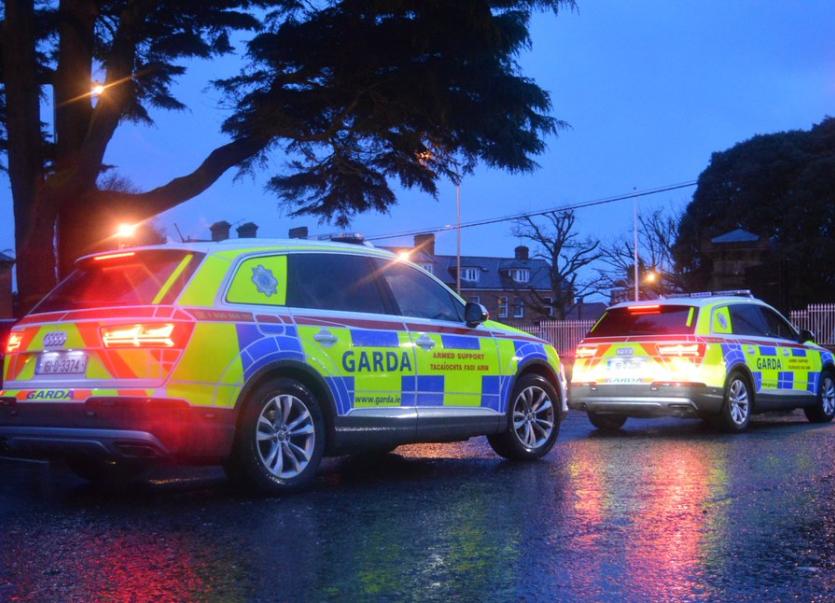 A father-of-four who discharged a firearm at a midlands halting site could be heard saying "I'll kill you all, man, woman or child and I'll blow your brains out", his sentence hearing was told on Wednesday.

The court heard that Simon Quilligan went on the run after the attack for 19 months before he was eventually extradited back from the UK.

The Central Criminal Court also heard that "bad blood going back awhile" had existed between the Quilligan and McDonagh families but it "was all in the past now".

In a letter of apology to the victim's family, Quilligan said: "I cannot express how sorry I am. I wish to continue the family relationship between the Quilligans and McDonagh families."

Following a trial at the Central Criminal Court last December, the jury found Quilligan not guilty of attempting to murder John McDonagh at Ardan Way, Tullamore,  on May 5, 2018.

He was also found not guilty of intentionally or recklessly engaging in conduct, namely, the discharge of a firearm, which created a substantial risk of death or serious harm to another. He was further found not guilty of making a threat to Melissa Cowman, intending the said Melissa Cowman to believe it would be carried out, to kill or cause serious harm to Victoria Doherty.

However, the jurors found Quilligan guilty of possessing a firearm with intent to endanger life on the same occasion. He was also found guilty of making a threat to Sandra O'Brien and Victoria Doherty, intending them to believe it would be carried out, to kill or cause them serious harm on the same occasion.

The defendant was further found guilty of damaging property, to wit, a window of Victoria Doherty's caravan, intending to damage such property or being reckless as to whether such property would be damaged on the same date.

Quilligan (38), with an address at Blackberry Lane, Athlone, Co Westmeath had denied the seven charges.

At the defendant's sentence hearing today, Superintendent Eamonn Curley told prosecuting counsel Sean Gillane SC that the event occurred on a bright summer's day at a halting site in Tullamore, where several families were residing including the McDonaghs, Ms O'Brien and Ms Doherty.

Outlining the events that led up to the incident, Supt Curley said a number of children were helping Mr McDonagh "clean up" the caravan site around midday when a dark vehicle with a UK registration "screeched" to a halt.

The court heard that Quilligan alighted from the vehicle, approached the caravans and could be heard calling out to Mr McDonagh: "I've got you now John". Quilligan was carrying a firearm and wearing a pair of gloves at the time.

The court heard that three females and nine children, ranging in ages from ten months up to six years, were present in the vicinity at the time. The accused went on to discharge the firearm a number of times, said Mr Gillane, adding that evidence was given during the trial that something had hit a nearby road sign.

Mr McDonagh ran from the scene, through a hedge and "made his way at speed" to a resident's garden. The accused was subsequently identified by a number of residents from the site.

Ms Doherty testified that Quilligan had approached her caravan and told her "he would blow her head off". Ms O'Brien indicated that the defendant could be heard saying "I'll kill you all, man, woman or child and I'll blow your brains out". The accused broke the window of Ms Doherty's caravan with the firearm, which was partially covered with a cloth or bag.

Quilligan then left the scene in his car and certain individuals had seen the firearm pointing out of the vehicle.

Gardai learned that other witnesses in the vicinity had seen children "take cover" under a caravan. Ms O'Brien described her child as being "the colour of death", when he emerged from the caravan as he was so frightened.  Another person said they saw a saloon type car parked outside the halting site and "two cracks" could be heard coming from the gun which was being pointed at the caravans.

Gardai commenced an investigation and Quilligan became a person of interest. The jury saw CCTV footage of an individual's car being followed in the direction of Blackberry Lane in Co Westmeath before a man ran from the car into his house.

Following this, Mr Gillane said Quilligan presented himself at Athlone Garda Station and confirmed that he was the same person who had alighted from the vehicle earlier that day. He was arrested but nothing of evidential value arose from his interviews. A black Kia Optima was later seized from the accused and it was confirmed that the car had been in the Portlaoise area that morning before it went in the direction of Tullamore.

Forensic scientist Dr John O'Shaughnessy gave evidence at the trial that he had found a hole in a nearby road-sign, which he said provided strong support for the suggestion that it was a bullet hole from a firearm. The firearm was never recovered.

The court heard that Quilligan has 38 previous convictions in Ireland and four other separate jurisdictions. These include burglary, possession of knives and illegal transport of weapons.

The superintendent testified that the father-of-four left Ireland on May 18, 2018 and was subsequently extradited back from the UK. He has been in custody since December 11, 2019.

Under cross-examination, Supt Curley agreed with defence counsel Padraig Dwyer SC that much of the evidence in the trial was challenged and Mr McDonagh had testified that the weapon discharged at the scene had created "air like sounds".

The witness also agreed that the people present at the site knew Quilligan because they are related to him through marriage or blood. He further agreed with the barrister that an independent witness had given evidence that the person seen firing a weapon had been a back seat passenger in the car as it left the site.

Mr Dwyer called a cousin of the accused, Victoria Doherty, to take the stand and she told the court that she was married to Wayne McDonagh and her brother-in-law was the victim John McDonagh. She agreed with the barrister that there had been positive interactions between the McDonaghs and Quilligans over the years.

She said: "I've no harsh feelings against Simon Quilligan and I do have a relationship with him and I look forward to continuing that relationship in the future. Everything is over and forgotten about".

She agreed with Mr Dwyer that reference was made in the trial to "bad blood" between the accused and Mr McDonagh, which had been "going back a while".

In a letter of apology to the McDonagh family, Quilligan said: "I cannot express how sorry I am. I wish to continue the family relationship between the Quilligans and McDonagh families."

The lawyer said the most serious offence his client had been found guilty of by the jury was possession of the firearm with intent to endanger life. Mr Dwyer submitted to Mr Justice Michael MacGrath that he was "at large" to determine a "just and fair sentence" if he found exceptional circumstances in the case, which would make it unjust to impose a mandatory minimum sentence of ten years on his client.

In mitigation, Mr Dwyer asked the court to consider that the defendant wished to reconcile his differences with the injured parties, which he said had occurred in the context of a feud between two families and arisen out of "bad blood" between Quilligan and Mr McDonagh. He submitted that "this was all in the past now".

Mr Gillane said the Firearms Act did not distinguish between different types of firearms and there had been no evidence presented at the trial which urged that the firearm was an air pistol. "The evidence from the ballistics was that the bullet hole couldn't be caused by an airgun," he added.

Mr Justice MacGrath remanded the defendant in custody to March 9, when he will be sentenced.