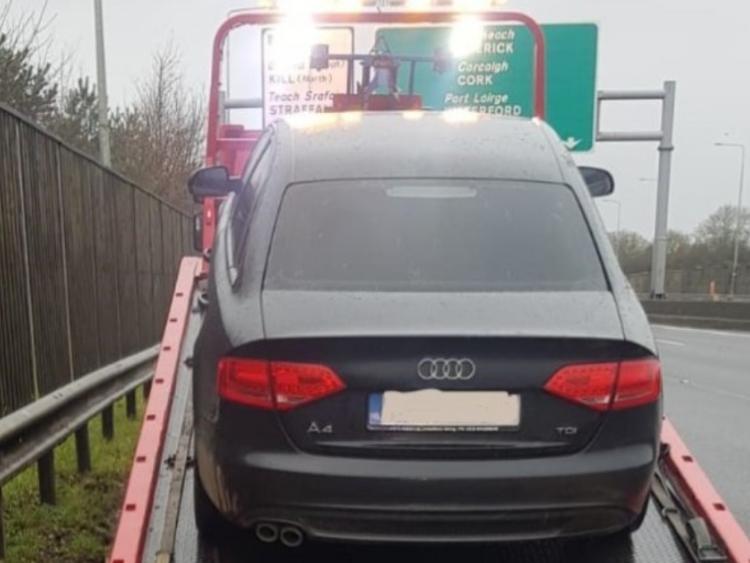 An uninsured driver in Kildare has had their car seized after they were detected speeding in dangerous conditions.

Naas Roads Policing Unit detected this Audi travelling at a speed of 140km/h in a 100km zone on the N7/M7 in what garda i described as a 'wet greasy road surface'.

Upon further inquiries, gardai discovered the car was also uninsured.

The vehicle was impounded and court proceedings commenced.

Naas RPU detected this car travelling at a speed of 140 in 100 zone on a wet greasy road surface. Car was uninsured and was impounded. Proceedings commenced. #SaferRoads pic.twitter.com/C4DX5mwy0R