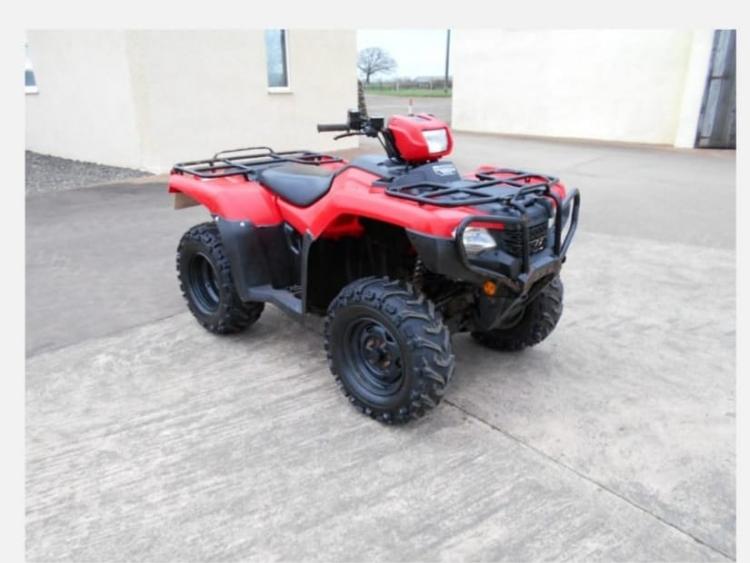 Five suspected stolen quad bikes were recovered by gardaí during a search in the north of Kildare last Monday, February1.

Following a burglary in Ballitore on January 28 in which a quad bike was stolen, Athy gardaí and detectives carried out the search yesterday. During the operation, they recovered five suspected stolen quads bikes and a vehicle believed to be used in the transport of quad bikes.

One man was arrested and charged to appear at Naas District Court later this month.