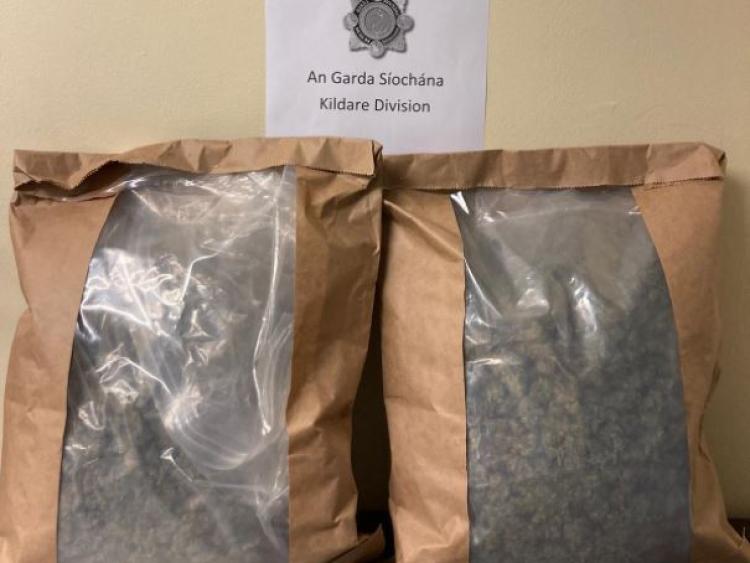 The seized drugs on display

Gardaí from Naas and Clane seized cannabis with an estimated street value of up to €40,000 while on patrol in Clane last Saturday.

Two large bags of cannabis were put on display by gardaí.

A man was arrested and is scheduled to appear at Naas Court early next month.

Kildare Gardaí said: "The seizure was made during proactive patrols by gardaí aimed at supporting our communities and keeping people safe."

Meanwhile Naas Roads Policing detected the driver of a vehicle travelling at 141 km/h in a 100 km/h zone during rainfall last night. 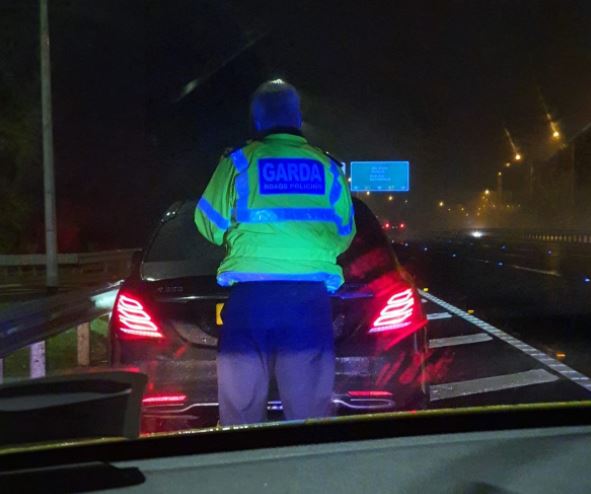 An Fixed Charge Penalty Notice was issued to the driver. 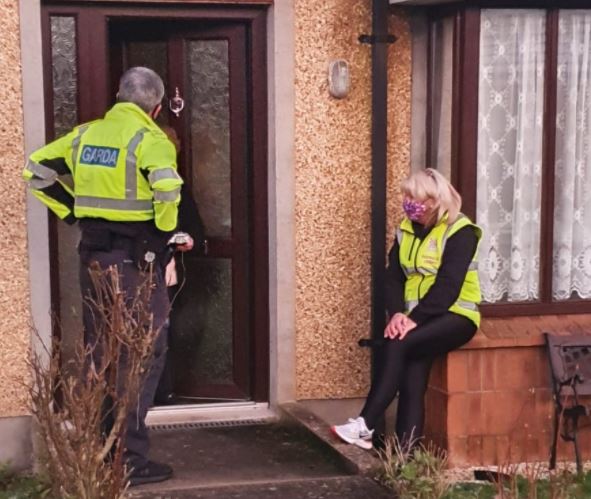