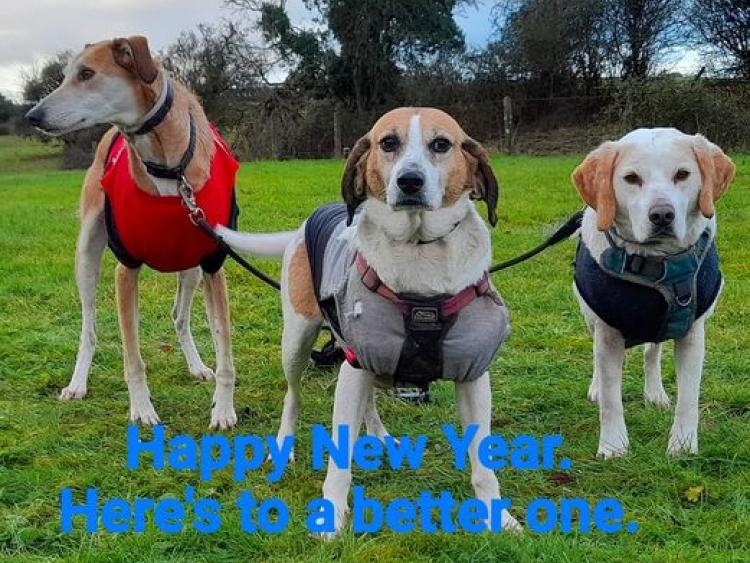 The KWWSPCA would like to wish everyone a happy, safe and healthy New Year. Due to the most recent Government restrictions, Noah’s Ark, the KWWSPCA’s Charity Shop in Newbridge, will have to stay closed now until the end of January at the earliest. But we hope to continue with our online sales, which proved so successful in 2020, and details of these will be posted on the KWWSPCA Facebook pages. The KWWSPCA Animal Shelter near Athgarvan will stay closed to visitors unless an appointment is made to visit a specific dog.

2020 WAS A SUCCESSFUL YEAR FOR THE KWWSPCA, DESPITE COVID-19

Despite the cancelling of almost all the KWWSPCA’s fundraising events last year, and the closure of its charity shop for a good number of months, the KWWSPCA has managed to keep its head above water, financially, due to the fantastic support of all its volunteers and the backing of its supporters and followers.

Noah’s Ark, although being closed for several months, continued to bring in a regular income for the Society due to its online sales of items that had been donated by our loyal supporters.

We also received many donations throughout the year, some for as little as €5, but all very welcome and much appreciated. We continued to charge an adoption fee for the dogs and cats we rehomed and last month, as mentioned in our article two weeks ago, the Government announced an increase in our annual grant from €25,000 to €30,000 for which we are very grateful.

We are hopeful that 2021 will see the Society holding some of its very popular fundraising events again. But we cannot be complacent, and we still need the continued support of all those animal lovers amongst our readers!

ABOUT US
The Kildare & West Wicklow Society for the Prevention of Cruelty to Animals (KWWSPCA) is a Registered Charity (Number CHY 6280) which investigates and deals with reports of cruelty and neglect to animals, family pets, wild animals and birds, horses and ponies, throughout County Kildare and West Wicklow. The Society is run entirely on a voluntary basis, there are no paid employees. It runs a very successful charity shop in Newbridge, Noah’s Ark, which provides a large proportion of its annual income.