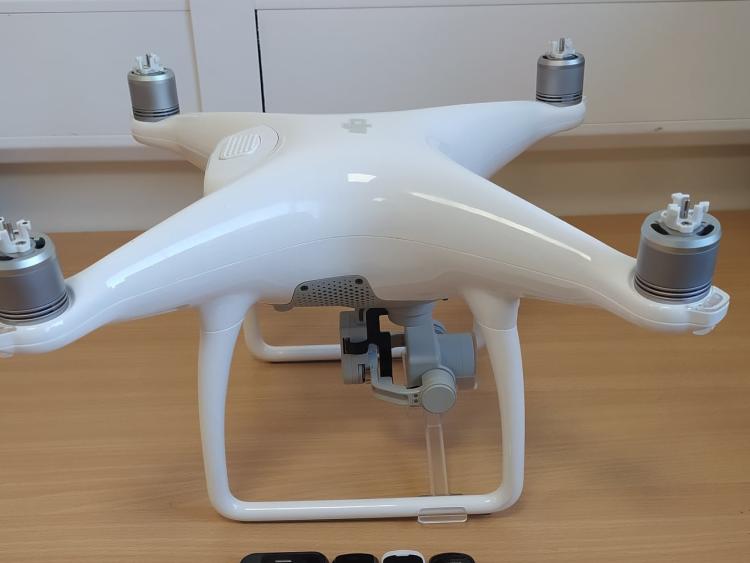 Drone seized by gardaí in Portlaoise

A man charged with drugs offences arising from the seizure of a drone near the high-security Portlaoise Prison has been ordered not to fly drones near the place of detention as a condition of his bail.

He was subsequently charged with section three, possession, and section 15, sale or supply, offences under the Misuse of Drugs Act.

Garda Gardiner said the accused, who is aged in his 20s, made no reply when charged.

Defence solicitor, Josephine Fitzpatrick, sought legal aid on behalf of the accused as she said her client was receiving the Covid-19 payment. Judge Staines granted the request.

The State did not object to the accused's release on bail. Garda Sergeant JJ Kirby said bail conditions had been agreed with defence. He sought an adjournment until March 8, 2021.

He must also abstain from alcohol and illegal drugs.

He must be contactable by phone at all times through a phone number provided by the court. Garda Gardiner confirmed that the accused's phone has been retained for evidence.

She adjourned the matter for until March 4 for DPP direction.