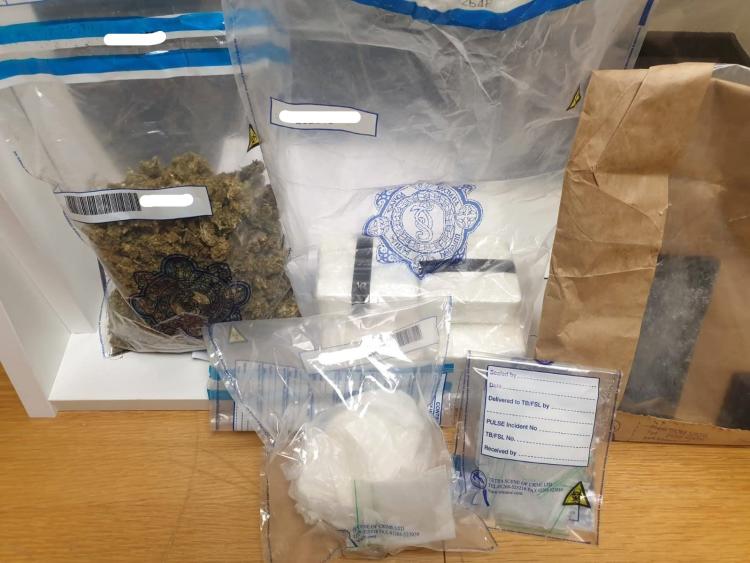 The drugs seized in Newbridge. Picture: An Garda Siochána

Gardaí have seized suspected cocaine worth €120,500, €6,000 in cannabis herb and arrested one man following a search in Kildare, yesterday evening, Saturday, December 19.

Gardaí and members attached to the Kildare Divisional Drugs Unit executed a warrant and carried out a search of a residence in the Newbridge area just after 8pm.

Cocaine and cannabis Herb (pending analysis) with a combined value believed to be €126,500 was discovered at the location along with other drug paraphernalia.

A man, aged in his 20s, was arrested by gardaí and taken to Newbridge Garda Station.

He has since been charged and he will now appear before the courts at a later date.