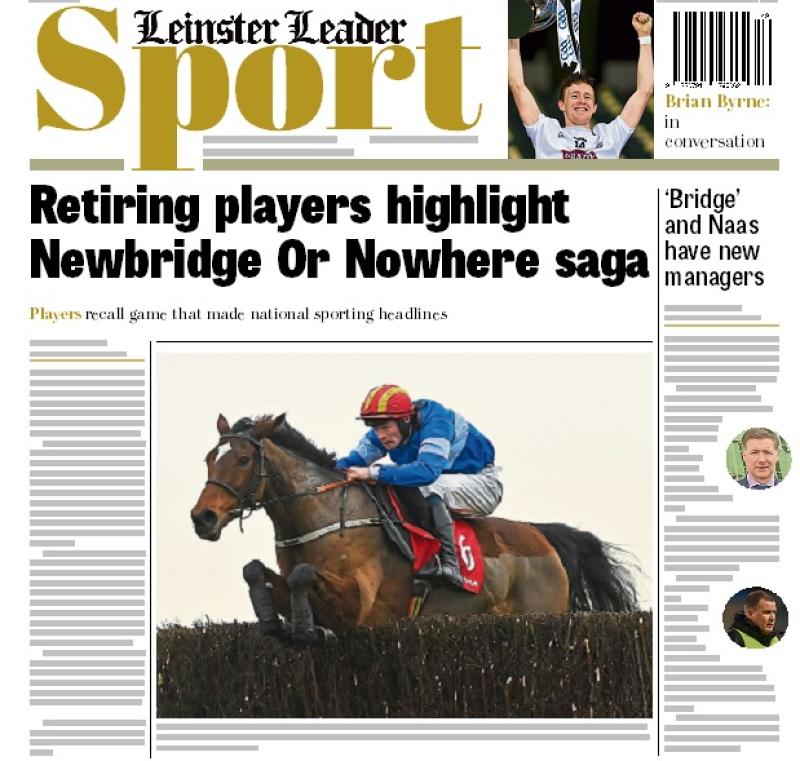 We chat with two Kildare players who between them have given over two decades to their county as Keith Cribbin and Tommy Moolick step away from the inter-county scene.

Both players recall the Newbridge Or Nowhere saga with fond memories.

Kildare hurling captain, Brian Byrne, following victory in the Christy Ring Cup final for the second time in three years, talks about the crazy season that has been 2020; his decision to throw in his lot with the county hurlers despite being asked to join the footballers; and on the club scene, the success of Naas hurlers and the disappointments of Naas footballers ... in conversation with Tommy Callaghan.

The weekly look back on the Kildare Racing Scene.

Catlewarden and Kill golfer, Lauren Walsh chalks up her second win on the collegiate golf circuit.

All that and much much more in this week's Leinster Leader ... in the shops now.