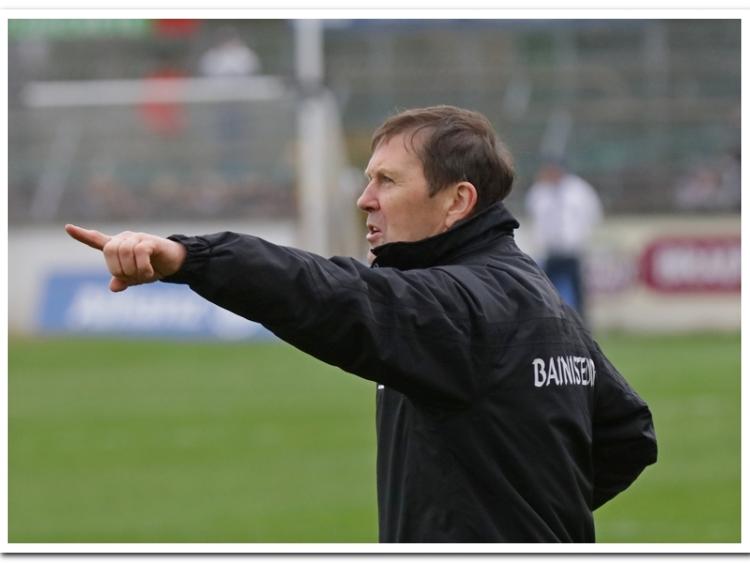 The wind was fairly howling as the media were escorted around the back of the Hogan Stand, before eventually arriving into the pre-arranged open area for after-match interview with managers Jack O'Connor and Andy McEntee following last weekend's Leinster SFC semi final between Meath and Kildare.
It was the vanquished Kildare boss who arrived first and as usual Jack was straight and to the point giving his assessment on what was undoubtedly a very disappointing result having seen a six point lead turn into a nine point defeat.
“We thought we were in a good position at half time” was his initial reaction, adding “it was those early two second half goals that gave Meath the bit of energy and belief that they needed and obviously they steam rolled us a bit in the second half but I still don't think the score line is reflective of the performance of Kildare.”
Jack said that while he would want to look at the footage of the game back he said “it seemed at least two and possibly three of the goals were our own fault; mistakes, which in fairness can happen, but look my immediate reaction is that we need to be playing at this level, this was another step up for our lads today, and in fairness I thought we handled it very well for the first 35 minutes, we exerted an awful lot of energy in that time but the bottom line is we just could not sustain that for the second half and that really is the story of the game; they pressurised us and we coughed up a bit of ball.”
On the Meath performance the former Kerry All-Ireland winning manager said that he felt “that is wasn't like Meath did anything spectacular, they just pressurised us and forced us into mistakes.”
Asked what did he say to his players at half time he replied instantly certainly not the right thing anyway the way the game played out.
Adding “Look I am long enough in this game, I knew we were in for a tough game in the second half; Meath are Meath they were going to lie down or anything like that and I told the lads that 'this was going to be a ferociously tough half; if ye thought the first half was tough I can assure the second half is bong to be twice as tough'.”
Not for the first time Jack reverted back to the fact that Meath have been playing in Division 1 this year.
“I know Meath did not have a brilliant campaign in the League they have been playing at level a bit above of where we have been and I thought that told at times in the second half; it is playing at that level plus they (Meath) are at a level of conditioning that we have to get to, a level that would enable us to sustain our first half performance over the full seventy minutes.
“We ticked a lot of boxes in the first half; we went out to pressurise their kick-outs and we disrupted them on nine of the sixteen kick-outs in the first half, which was great going and we won most of our own kick-outs but you have to sustain that right through the game and unfortunately we were just not able to do that.”
The manager said he felt that his lads did not give up and while admitting that “the two goals at the start of the second half were huge blows he said Kildare responded on both occasions with scores but when you are trading points for goals the score line changes very quickly.”
Jack O'Connor has been around at every level with Kerry but admitted that he had never been involved in a game with that type of a score line we had today.
“We were beaten by nine points and yet we actually had more scores than the opposition, but the bottom line is that I feel we did not get out of the game what we deserved, but there is no room for sentimentality, we'll go back, look a it and build on the good things we did, which were many, but most of all being able to sustain what we did for the entire game and not just for one half.”
Questioned about the gap in class O'Connor said that “we are well aware there is a big gap between Division 1 and Division 2; Meath were very competitive in Division 1, regardless of the results; and they now have three or four years and are at a very good level of conditioning; they would have played a lot more in Croke Park than our squad over the last number of years; have been playing at a higher level that us and that showed, in the second half.”
Asked what was the most disappointing aspect of the game, the manager quickly replied “no doubt, giving away cheap goals, they kill any team; Meath did not even have to work for their goals; most were from our mistakes.”
Asked did he feel the GAA were right to plough ahead with the championship under the circumstances, was it worthwhile?
“Absolutely, yes, both hurling and football there has been many great games and while we are disappointed today we certainly are not disappointed that the championship went ahead, good experience for; it is a marker to where things are and a sign of the level we have to get to.”