Kildare and Meath can serve up a cracker

Tight game expected between The Lilies and The Royals 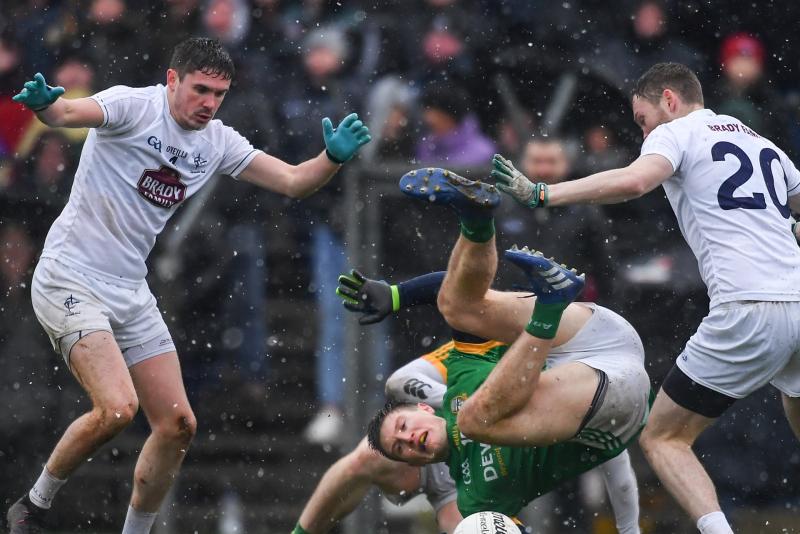 When the draw for the 2020 Leinster SFC was made the general consensus was that Dublin looked to have a somewhat comfortable, surprise surprise, run to the final, while on the other side everything pointed to a Kildare v Meath semi final.

And so it has turned out.

And while Dublin are expected to defeat Laois, somewhat comfortably, the opening game on the double header bill, could and should be much tighter.

With just one game each in this year's championship, Kildare defeating Offaly and Meath defeating Wicklow, one has to really go back to the League to see how both sides have been operating.

And of course with the league practically being played in two sections, corona-free initially; then the big gap, returning then for the final couple of games.

Meath, of course, were operating in the top division in the League, up at the top table, dining with the elite; while Kildare were in the next division, along with the other dreamers, hoping to join the aristocracy in Division 1.

As it turned out The Royals sojourn in Division 1 lasted just 12 months, as they return to Division 2 come 2021 while The Lilies were just pipped for promotion therefore remain in the second tier for another year and will be joined by Andy McEntee's boys next year.

The last time these teams met was back in the 2019 Division 2 campaign, in Navan, in the wind and rain that turned to snow in the second half.

Kildare played exceptionally well it has to be said, at least in the opening half, when the elements were in their favour.

It was the day Ben McCormack tormented Meath time and time again before he was forced off in the 24 minute with a hand injury that kept him out of action for weeks on end. The Sarsfields man hit 1-1 during his time on the field but it was his overall display that caught the eye. His pace, awareness and ability to go by his man was so impressive.

Kildare led 1-7 to 0-5 having played with a very, very strong wind on their backs.

Conditions deteriorated big-time after the break and while Meath had the elements in their favour, Kildare were still leading by two as we entered the 71 minute, under extreme pressure mind you, but still two clear.

Kildare boss back then, Cian O'Neill, did not hide his disappointment saying “one point in the second half was simply not enough” adding “every day you put on a white shirt you've got to put in a full shift of work; that did not happen today.”

Kildare finished that game with 14 players, having used all their subs before Cian O'Donoghue was forced off injured late on.

For Sunday Kildare have named just seven that started in Navan back in 2019; Meath are expected to name something similar.

Meath may have come through their league campaign with just one point, that gained with a draw in their final game but of course it should not be forgotten that they were playing in the top division; a bit like Kildare when they lasted just one year in Division 1 the previous year; but as with Kildare the results probably did not do them (Meath) justice, playing better than the score line suggested on more than one occasion.

Meath, however, took out all their League frustration on Wicklow last weekend, hitting no less than seven goals, while Kildare were pushed all the way before getting the better of Offaly.

Over the last 12 or 18 months there has been little between these sides and we expect another tight game come Sunday.

It may take a little bit of magic from the likes of Jordan Morris (hit 3-4 against Wicklow on his debut); Shane McEntee or Bryan McMahon or maybe even full back Conor McGill, while Kildare will be looking to their new boy, Darragh Kirwan, to keep up his phenomenal start to his inter-county career, along with Ben McCormack, Jimmy Hyland and Daniel Flynn to get them over the line.

No shortage of top class players on both sides, both in defence, in the middle and up front.

We could be in for a real cracker; unfortunately playing in an empty Croke Park will take away from the game but then again there is a lot to play for with a place in the Leinster senior football final at stake, so certainly no shortage of incentive.