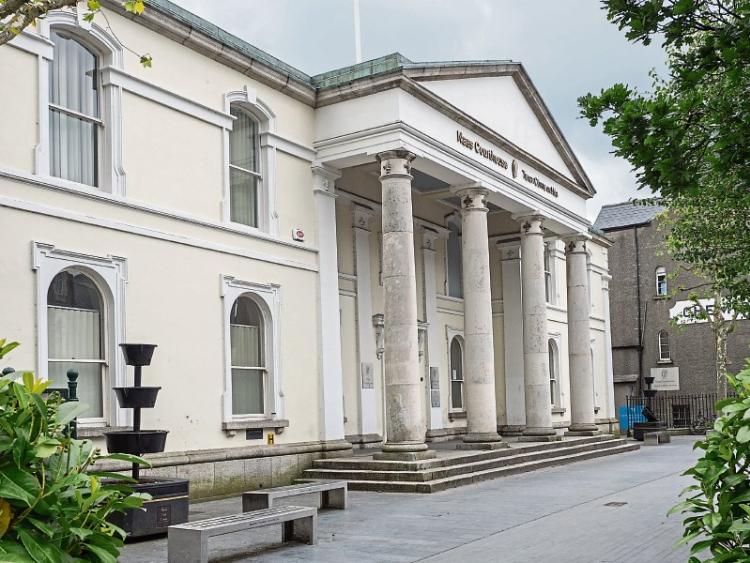 The allegations were struck out by Judge Desmond Zaidan at a court sitting on October 28.

Breifne O’Brien, 59, whose address was given as 12 Poplar Grove, Corban’s Lane, Naas, allegedly drove without reasonable consideration and failed to comply with a garda direction on November 23 last.

Garda Shane Smyth said it happened at around 6.30pm on the evening the Christmas lights in the town were switched on at the Town Hall .

Traffic restrictions were being imposed because there was a large number of people present including families.

He said he told Mr O’Brien to stop his vehicle but he later drove on and there were 200-300 people present.

He was delivering pizzas on behalf of Apache Pizza.

He added Mr O’Brien “bullied his way through” and he issued two fixed penalty notices.

“He was argumentative and said he wanted to make deliveries,” added Gda Smyth.

Cross examined by solicitor Tim Kennelly, the garda said he stopped him to put in barriers to control the crowd and traffic movement. He said a lot of children were present and a local choir was due to perform.

He said he contacted the pizza company which confirmed he was a driver but he could not confirm he received the fixed penalty notices.

Mr Kennelly cited a High Court decision which means that posted and received means served and the prosecution could not say the notices were received by the defendant - and the word “service” should be interpreted consistently.

He added that if the documents had been sent by registered post “I couldn’t argue.”

Garda inspector Brian Cagney said he should have a n opportunity to rebut the evidence by examining the witness.

Mr O’Brien did not take the stand to give evidence.

Mr Kennelly said the legislation is unconstitutional and the defendant is not obliged to give evidence.

Striking out both allegations, Judge Desmond Zaidan said there had been a lack of action by the lawmakers and “it could have been addressed.”

In 2014 Mr O’Brien received the prison term at Dublin Circuit Criminal Court, having pleaded guilty to 14  counts of making a gain or causing a loss by deception or theft of around €8.5m between 2003 and 2008.