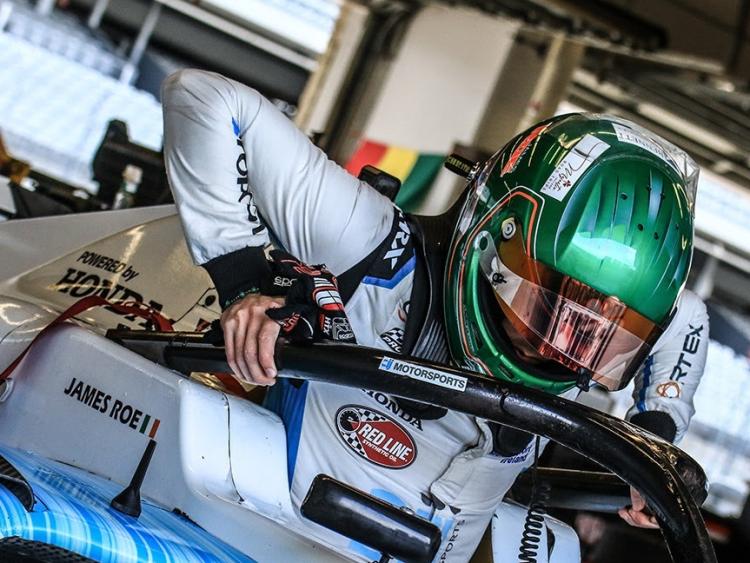 The famed Circuit of the Americas (COTA) was the venue for the final of the 2020 FR Americas Championship Powered by Honda and it was James Roe’s first trip to the Austin, Texas facility. Closing the weekend with three top-seven results, including a fifth-place performance in the penultimate round of the championship, Roe closed the season seventh in the overall point standings but helped the Global Racing Group achieve the 2020 Team Championship.

“Really happy to come away from Austin with another top-five finish. The track was unbelievable, probably a new favourite for me,” expressed Roe. “It was so technical but extremely fast. We progressed in every session throughout the weekend and were right in the battle for podium finishes in each race.”

After qualifying seventh on Saturday morning, Roe held station in the first wheel-to-wheel battle of the weekend. Battling with a trio of drivers, the Global Racing Group entry had to settle for the seventh position when the final checkered flag flew. Looking to improve on Sunday, Roe and his team went to work pouring over data and video to better themselves for the final two races of the season.

Returning Sunday morning, Roe started the second to last race of the season from outside row three. Knowing that he had the speed and equipment to put his CJJ Motorsports / Topcon Positioning Group / Vortex Companies / Sport Ireland / Motorsport Ireland / Asthma and Allergy Network #9 entry in the top-five, the 2019 race winner did just that, slotting into the fifth position and earning more points towards his end of the year total. Finishing fifth on track and with lap times setting the grid for the last race of the season, Roe would once again start from outside row three for the final race, round 17, of the FR Americas Championship Powered by Honda.

Showing his consistency throughout the year, Roe was able to do the same in Texas finishing sixth in his final on track session of 2020 and adding three points scoring finishes to his year. Claiming the seventh position in the final 2020 FR Americas point standings, Roe helped his Global Racing Group team earn enough points to secure the FR Americas Team Championship.

Roe added, “It has been a wild year in so many ways and certainly not the type of season any of us anticipated, however given the circumstances and level of competition within the field, we had an extremely positive season. None of which would have been possible without our amazing partners and team. All focus now shifts to making 2021 our best year yet, and I couldn't be more excited.”

With 2020 now complete, James Roe will begin to put together his 2021 program by evaluating the options to choose from.