Time to applaud, not criticise, sporting heroes and their organisations 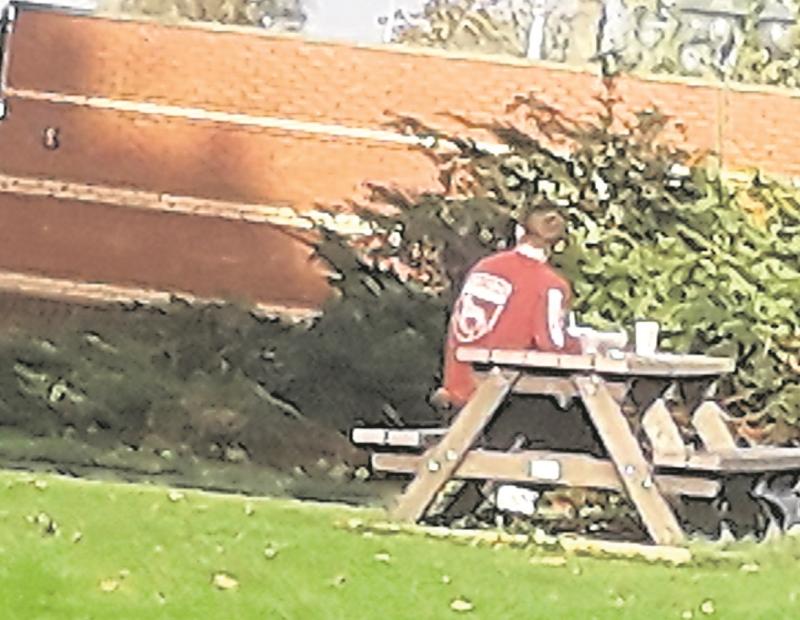 They train under strict supervision taking all the necessary covit guidelines on board; quick in; quick out; little or no chat before, during or after a session.
On match days they drive individually.
Straight away after the long whistle they can be seen leaving, almost instantly.
And that is only the home side.
The away boys, such as Westmeath on Saturday last at St Conleth's Park, are given a pre-packed sambo and a drink, eat where you like, often sitting on the cold concrete steps at the same venue as we have seen over the last two weekends, or maybe as we spotted one player enjoying his ‘meal’ alone in the grounds of Bord na Móna car par.
No shower of course.
And they call this glamour.
This is what representing your county has come down to.
This is what elite sports players go through.
And all for the love of the game.
We should be ever so grateful.
Regardless of where they come from, or indeed what sport they are playing.
Makes no matter whether they are from Kildare, Westmeath, Cavan, Kerry, Tyrone or wherever.
These are the players that are giving fans throughout the length and breadth of the entire country something to get their mind off the constant, repeated, nauseating news that there have been another x number of cases today.
There have been x number of deaths (sad and depressing and all as that is).
Followed day after day, night after night, with the repeated and repeated ‘news’ that today's figures brings the number of coronavirus cases to date to xxxx.
GAA players, let they be participating in league or championship, football, hurling, camogie or Ladies football, it matters little, but they deserve our gratitude.
They should be thanked profusely.
They should be held in high esteem.
They might not even realise what a game means to thousands and thousands of folk from every quarter of the country, north, east, south and west.
However, there are, of course, the naysayers.
As usual.
Many, with genuinely held views that all sport should be halted; everything should be locked down.
And in fairness, it can at times, be difficult to argue against a case well made in this regard.
But at the same time what these GAA players, along with the rugby fraternity, not quiet the same as GAA players in fairness as international players are presently living in a bubble as full time professionals and unlike GAA lads and lassies, don't have to get up and head out to work on Monday morning.
The racing fraternity, who probably observe the strictest regime of any sporting organisation at the moment, also deserve praise. However, having said that the lack of live free-to-air racing on our television screens is not just depriving us of seeing flat and national hunt racing, it is also, many feel, an absolute own goal by the racing authorities.
Money talks.
Leaving that aside Hri and the racing folk have shown they are capable of holding meetings all around the country safely and on practically every day of the week.
Imagine the lift that would give the racing folk at home (and indeed the non-racing folk) if they could tune in most days to watch live racing on their screens.
It is, without doubt, a major faux pas.
An opportunity lost to give their sport massive exposure to a huge audience. And ultimately attract more and more to attend when racing is opened up again eventually.
Major, major error.
Even prior to the virus.
Sport is many different things to many people (we won't even go to golf such is that crazy decision by Tony H and his Nphet crew) especially in the times we live in at the moment.
Sport gives many, many people out there an outlet; from the younger folk training in their pods, to those participating, and of course, those at home listing to games on radio or looking on the box.
A break from the constant flow of depressing news, day after day, night after night.
So maybe instead of knocking those involved in bringing live sport into our lives — not maybe, but definitely — we should be cheering and clapping and thanking one and all for helping to divert attention from what is happening around us, even if it is only for a few hours, on a Saturday or Sunday afternoon or evening
These folk deserve our backing, both participants and their organisations.
Deserve our thanks.
Deserve or gratitude.
Deserve our admiration.
But for sport things could, and probably would, be a lot more depressing.
Some relief, even in small doses, can go, and does go, a long way.
Enjoy your sport.
Whatever your preferences are.
And most importantly of all, mind yourselves.
And stay safe!