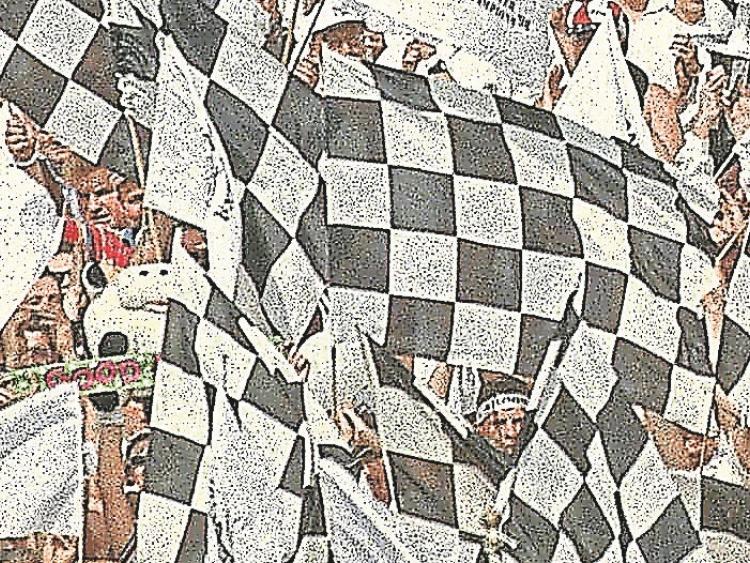 Sky Sports has confirmed it will use fake crowd noise during their GAA championship coverage this year. It will give games some atmosphere but we doubt you'll hear any of these from the virtual sidelines - you can't beat the real thing.

1. How many steps?
When the referee can't get a handle on the rule determining how many steps a player can take. That's the nice way of putting it. Alternatively, it's a question posed when the exceptional player on the other team has literally taken one step. Call it early and call it often and there's a better chance of a whistle. Will Sky can in some lad from Mayo at this?

2. Are you having a laugh? (He hasn't a clue)
You think the referee is wrong and proceed to throw this loaded question at him. He hasn't blown a free for you all day and then awards the opposition a penalty when a gust of wind knocks over their corner-forward. There's only one response to that carry-on.

3. Where's the fecking linesman?
You're at an U14 league game in the middle of nowhere and you come up with this gem when the referee fails to recognise that the ball that's just clanked off the gutter of the clubhouse was in fact out of play. I have heard referees retort with, 'Ask the county board,' to which we ultimately nod in sympathy. Linesmen at these games are usually parents, one from each side, who end up in a barging match over every innocuous line ball. Arms pointing everywhere – what's the ref to do? Line ball decisions quickly turn into a lucky dip. Will Sky have a lad sarcastically roaring this at the referee?

4. How's that not a card? (Are you blind or what?)
Yellow. Red. Black. It doesn't matter to us. A tackle has landed on your best player and you want retribution. Whether it was a fair tackle or not, the question will be asked. 'Sure, good players like him need protection for feck sake.' Who is going to protect him now without the crowd to bat for him?

5. How many minutes, ref?
Your team are winning by a point in injury time and you know that an extra second added is a second too long and could produce the score that crushes your dreams. So, you'll ask this question on a loop from five minutes before time well into injury time until the man in the middle bows to the pressure.

6. Where were ya, ref?
The poor referee has missed a blatant foul around the middle, a scuffle breaks out, slaps are thrown, before finally, the man in black emerges from the half-back line like Jesus from the desert. A litany of questions from this list will be roared his way, and at the end of it all, he'll just hold up a yellow card and point it in every direction so as to appear in control. 'Who was booked there?' is the question that follows up and down the line - to which there is no answer!

7. How many times for Jazus sake?
A question posed when the referee is seemingly showing inaction towards persistent fouling by one particular player. This player is usually their best player and has committed one foul when this call comes in from the sideline. It will be bandied for the duration of the game until said player gets his marching orders and you can erupt into ironic cheering and say, 'about time, ref.'

8. Are you reffing it or playing it?
Some referees just love the limelight. This question is reserved for that referee who thinks he is reffing a game of basketball and blows for every slight bit of contact. You think he is over-involved in the game as a result and nonchalantly drop this into your sideline banter and think you're absolutely hilarious altogether.

9. Would you ever go and f**k off?
Definitely not making the Sky coverage but a staple of the hardened GAA fan nonetheless. This rhetorical question has no parameters whatsoever and is dished out for all occasions, whether the referee has wrongly booked a player on your team, or has brought a free closer to goal after the foul-mouthed protest.

10. Why don't you take it for him, ref?
Quickly follows the last question after the free is brought closer and is meant as the ultimate insult to a match referee. Implying that he has shown bias and is totally incapable of taking charge of a GAA game. This one is also used as consolation for the team been fairly hammered. The blow of defeat is softened if you've spent the entire game convincing yourself the ref has absolutely robbed you.